Hey mate! To @oweno - I think a sticky topic going through firmware options, etc would be a good idea.

Re Pd, there are a couple of really good YouTube series introducing patching. More than happy to help with specifics if you want to drop me a DM.

It is often the case that a lot of the most complex and ambitious patches right now are also unfortunately the least user friendly in terms of UI, with very little in the way of instructions (I imagine it being kind of like “what, I just spent all this time writing this crazy thing, now you want me to make it easy for you to use?”) Your best bet is to find the post here on the forum when the patch was first introduced and read through that.

That is sometimes the case. Some of them I probably won’t ever understand and I just kind of guess my way through using them discovering happy accidents. I think that’s kinda the point with some. Especially generative patches. Pick up a book on pure data and suss it out if you wanna be a pure data star. When trying to deconstruct patches, the ‘find’ function in pure data is your friend. You might end up figuring the functions out and taming the beast like what happened with bashfest!

(I imagine it being kind of like “what, I just spent all this time writing this crazy thing, now you want me to make it easy for you to use?”)

i think that’s rather uncharitable given that the developer gave you their hard work for free.
(unlike a paid for product, where i think there can be certain expectations)

perhaps they thought it was easy to use? before you get the patch… they have been using/testing it for hours, so its pretty intuitive to them by the time they release.

anyway, perhaps, rather than just be critical, become part of the solution, work out what the patch does, and make a post here explaining it to others… it would no doubt form a good discussion anyway. (e.g. not only what the parameters do, but how to get good results from it)

personally, I’m trying to make my patches easier to use/intuitive , because frankly, ive noticed most users don’t like reading manuals/instructions… they just wanna fire it up and use it

Many patches do have basic instructions over on patch storage, trouble is they’re on the site. I’ve gone patch happy downloading a bunch of cool looking stuff only to find out later I don’t remember what’s what. A quick look up will usually work and if not there’s always the forum. After a while it’s not too difficult to suss out what does what, it really does just take some time.

Yeah I thought about adding a help system to Kontrol, but the organelle screen is too small to make this viable.

I think having the help on patchstorage is probably the best that can be done, and then have discussions here about the patch.
It’s nice (as a developer) when you see users discussing your patches, it means they are actually using and exploring them - rather than collecting them like Pokémon

I wasn’t meaning that in a critical way, I was meaning it in the sense that you’re pointing out, that they are already putting so much work into making these patches for free, and that creating a manual almost doubles the work they then have to do. I couldn’t agree more that the expectation is totally different from a paid product. I wasn’t implying laziness on the part of the developer but more trying to get at the actual labor of creating a patch that does something special and then also making it accessible to people (which is something you somehow happen to do almost everytime! I almost made a point to specifically exclude you from my first comment but that felt a bit over the top.)

sorry I misunderstood, sometimes its hard to tell with things written on forums

as you say, producing documentation/videos etc are all surprisingly time consuming - and annoyingly whenever i do them, i tend to find the following week I update the patch, and make them ‘invalid’

all that said, I do get the OP point though, it can be frustrating if you come across a patch which in the description seems to be exactly what you want… but when you install it, you can’t make head or tail of it.
I think then , the only option is to come back and ask, then hopefully once it ‘clicks’ with you it’ll become more obvious why it works the way it does.

I think it’s good to remember too, that you can’t just pick up any other instrument/sampler/whatever and instantaneously become it’s master. You must learn to use it in a way that suits you and it takes time. Organelle patches are the same

As a new-ish user and complete newbie to PD, I’ve had similar thoughts and frustrations. I am working on building a little wiki via github that will compile a few ‘best practice’ current approaches, and links to commonly requested resources. If anybody has ideas on how to fill this out, or would like to contribute, please let me know.

Without re-creating the manual itself, I think this kind of central repo would be super helpful. Thoughts?

It absolutely would! A fantastic idea and much needed. There will be plenty of people willing to contribute references and links to make it really work too I think.

Great, I hope to share when it’s in some kind of condition to be built upon.

BTW, echoing the sentiment of gratitude to the experts out there making crazy patches (mostly for free). Documentation/readme/howto is nice but you take what you can get!

yeah dude I totally understand this. I’m a long standing Octatrack user so its not my first rodeo! (slight wink).

I think I have a valid point.

Thanks everyone for the input. Great community.

yeah that would be useful … for OTC i resorted to taking a picture of the organelle, and drawing text over it

I think the keyboard is perhaps where most confusion comes from, as it can feel arbitrary when you first use a patch… but usually in the mind of the developer they have tried to group the functions logically.

Yep, even using this image:

With Skitch or a similar app would be brilliant for some complex patches.

That being said a nice vector schematic (svg perhaps) would be lightweight and do the trick. I’ll see about making one.

Fantastic idea. I think that first things first, the new user needs a guide on how to get his Organelle updated to latest firmware, what options for WiFi connectivity there is (I found, and lost, the web server address about half a dozen times before I finally favourited it lol), what should be on the USB stick, what libraries there are (and what they are and why should we install them), USB devices, and so on. I kinda know what I’m doing but still was a struggle to reflash an SD card and install firmwares etc. I think the manual is behind the curve on this. A changelog of the formal (and current beta) OSs would be useful too.

How to use graphics as an interface. How to set up a preset system. 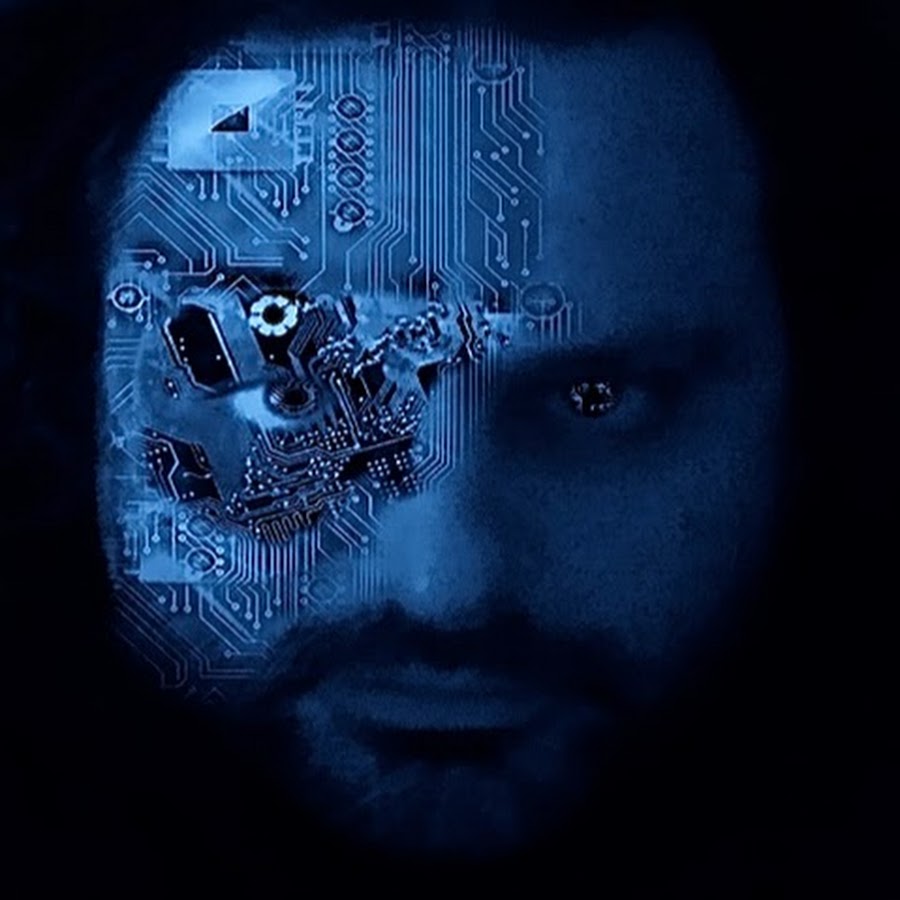 LWM Music is the home of the electro-acoustic music, multimedia art, and tutorials of Dr. Lawrence W. Moore. This channel includes live performances of Moore...

Pure Data is an easy to use and powerful audio programming language which allows anybody with basic programming skills to create simple effects for guitar. I try to post examples on a regular basis…

The Facebook page is great too, esp when needing a quick bit of help / advice.

I’m more than happy to contribute.

I think that first things first, the new user needs a guide on how to get his Organelle updated to latest firmware, what options for WiFi connectivity there is

I’d love if someone could explain to me what to do with WiFi. Is the main idea to SSH from desktop to organelle/usb to move patches around? If so, where are the instructions for that?

Thanks for these resources! I have setup the framework for the wiki – it is here (for now).

I’m not a github expert either, so please DM or reply if something goes wrong with pull requests/collaboration, etc.

I think this could be a super useful project for the community!

For the normal user there shouldn’t be SD card flashing but you need to if (a) you want to save patches to the SD card or (b) your firmware gets corrupted for some reason.

I interchange the terms firmware and OS, maybe this is incorrect usage? You’re doing good to be on 3.1 beta!

(a) you want to save patches to the SD card

id avoid this topic for now, its really ‘hacking’ until C&G put out a new image, so its possible for all users to use it

OS/firmware…
would you like the red pill, or blue pill?

UpgradeOS 3.1 installs the organelle 3.1 OS, and gives you all features you want
it allows you to launch patches and configure the organelle hardware and software.

are you sure? blue pill is still there, just go back up , and don’t go beyond this point

OS/firmware - unfortunately, these terms are being used technically inaccurately, which over time can potentially confuse things.

as an end-user, most will consider the menu you use to select patches, configure the organelle, as the OS/firmware, and hence we refer to the updates as OS updates

but technically this is wrong…
there is no ‘firmware’, there is only an operating system (linux) and applications (e.g. mother/pd), the menu you see is just an application (mother)

so upgradeOS3.1 is actually just version 3.1 of the mother application, plus a bunch of other changes (e.g. operating system config changes, mother.pd)

why is this done,?
well we all want end users to see and use the Organelle, as a musical instrument, not a computer … so the OS is just an ‘implementation’.
this is not uncommon, and we are going to see becoming much more common as time marches on e.g. i think the MPC Live also runs Linux underneath, but users just see it as an MPC live

sorry, you took the red pill, no way to un-see this now