I’m thinking about trying to sync up a Boss SL20 Slicer + Volca Sample + Organelle for performance. Ideally, I’d like to be able to play alongside some live percussion. Tap tempo would be really useful for this!

Enter the RK004. The only issue is that its USB connection is “for power only,” and to use it to send MIDI via USB, you need to program a Raspberry Pi and connect it to the RK004. They’ve made this “easy” enough, but I’m a total n00b at most of this stuff, so ideally, I’d like to avoid that scenario.

So here’s my question: The Organelle isn’t your typical USB MIDI device, right? Do y’all think the Organelle can accept/process MIDI Clock from the RK004 without using the Raspberry Pi, since the Organelle is a “host” (I think?).

TL;DR - Can I sync an Organelle to an RK004’s MIDI Clock through its USB out despite the fact that it’s not “for USB MIDI”?

Hm. I think I may have found my solution in another thread, actually.

This was recommended by C+G: 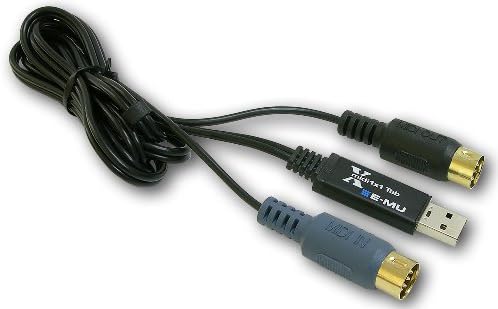 And would appear to act as an interface allowing me to send MIDI Clock into the Organelle from the RK004… If anyone smarter than me can confirm, that’d be dope!