Looking into purchasing an Organelle and have read extensively plus watched dozens of YouTube videos etc. Certainly it’s an intriguing way to work with pd!

However, the Organelle seems to have a characteristic sound, as though everything has gone through a low-pass filter; muting high frequencies. Also. the dynamic range seems limited. This would not work for the sort of music I make, where clarity is important.

Does anyone have comments on the sound from the Organelle? Are there demos or audio examples that would reassure me? Maybe something from the music thread?

(A simple test would be to simply play a sound file from the internal storage and record the output.)

Directly recorded from the Organelle:

Also, I wouldn’t trust what I hear from Youtube. Between the compression people use to export their audio from their DAWs, and Youtube’s compression algorithm, the real sound of the Organelle must be a little “altered”…

Thanks for sharing that! Having a nice listen right now.

It sounds exactly like what I was speaking of. I am not saying this is a bad sound, but it is a particular sound. Organelle seems geared for the retro Critter aesthetic. A shame, because really it should be able to sound like whatever we want.

Other gear sounds crisper and more lively on YouTube. Am well aware of the possibilities of compression artefacts. (In fact I am a trained audio engineer.)

There is a compressor in the “mother” pd patch between the user patch and the output. This might be causing the sound quality you describe. The compressor is this one 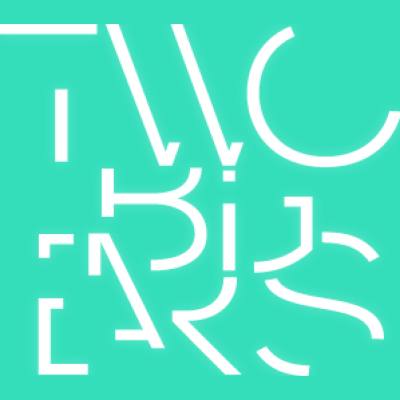 You can override the mother patch, so you can change the settings of this compressor, or remove it entirely.

2 Likes
Degradation of audio with certain patches
Do you get different (worse/less volume) sound running things through your organelle?
robin June 22, 2017, 9:50pm #5

Now, can someone lend me an Organelle so I can tell for sure?

Interesting. I’ve never heard my organelle and thought ‘this sounds wack’, but i gotta say I’m intrigued to hear the difference. Were there other sound qualities the compressor was added in order to negate?

Unwanted digital clipping which doesn’t sound nice. If you log into your organelle you can also change the default compressor settings in the mother.pd patch to match what you’d want.

I put all my patches through multiple saturation stages and kind of like the master compressor.

Yeah, that is right, the compressor is to help with digital clipping. This can (and maybe should) be handled at the user patch level, but having the extra breathing room without having to worry about clipping makes patching a little easier. This is a matter of style, which is why the mother patch is editable.

@wo3, It would be cool to see how you do these saturation stages, are there any examples?

I’ve never heard my organelle and thought ‘this sounds wack’

You can hear it clearly in demos of the Organelle with other electronic instruments. They sound crisp and sharp while the Organelle is more “organic” and muted. That’s fine if it’s the sound you want. But in my case I want a general-purpose instrument that can sometimes sound like one thing and sometimes like another.

FWIW I can hear the difference in sound for various versions of Max and Reaktor. Reaktor 6 was a nice (though subtle) improvement over version 5.

I wonder if someone could post sounds with and without the built-in compressor? If it is only acting as a peak limiter it should not be resulting in the rather obvious sonic changes I hear. But if it is doing more than simple limiting, then perhaps it could be the culprit.

I really want to buy one of these things, but can’t risk this sum of money and then be disappointed.

The Organelle’s compressor is pretty intense sonically. If you have any experience with Linux and / or Pure Data it should be pretty trivial to change for yourself, though! It is there as a buffer for users who may not always know proper digital gain staging and it makes a lot of sense to be there, especially when switching through the patches made by so many different people.

My music is based a lot on organic soundscapes so I cannot obectively say how amazing the DAC is, but since the system is based on Pure Data you could essentially create any sonic characteristics you desire once turning off the mother.pd compressor.

This is my 2 band limited saturation bank I used in my MOTH-7 patch. They are summed into another saturator after this stage before being [*~ 0.8] and run through [clip~ -1 1]

Interesting, I don’t ‘xstart’ my organelle all that often but may have a look into playing with this compressor in the mother patch. When I do, I’ll have a go at recording a ‘before and after’ - any particular patch you’d be interested to hear the difference on @robin ?

i mean it’s pure data, you can make it sound like anything you want really. If you are looking for a All things to all people kind of instrument i think you are going to be disappointed. But from a quick browse of your soundcloud page if that’s the type of music you are interested in making i think you’ll make out fine.
Will it sound as good as Max or Kyma through a Motu? No.

any particular patch you’d be interested to hear the difference on @robin ?

Rather than a patch, the clearest comparison would be made by playing back a known sample, something that has a lot of spectral content.

The world’s yr oyster man. I guess I’ll use the simple sampler patch then. Whatever it is i’ll be recording it through a Yamaha audio interface and ableton live, don’t know if either of those things will affect audio in a negative way.

whats the sample then @robin ?

Well, Robin never got back to me but I’m gonna plug a keyboard and mouse in tonight and give this a go. Other people have tried it then? Is the compressor pretty easy to find in the mother patch?

Ah sorry. Got insanely busy…and then my computer blew up, taking three hard drives with it. So priority for buying an Organelle became super-low.

Noooo sorry to hear that

Good luck will be around soon.

Okay so the root mother patch is read only. D’oh.
I remember that the Organelle defaults to using mother.pd if it is in the patches folder, so will try playing with that - i’m into ‘audio IO’ but am a bit confused by what I see. There is only a slider to display the Organelles master volume knob position.
This is what I see, but what do I gots to do?

Well, I have never used an Organelle and it’s been ages since doing any pd. But…

Looks like the two [catch~] get the audio from the custom patch, and then pipe it through a [peakcomp~] followed by [clip~]. You want to keep the last. But just bypass the peak compressor.