Does anyone have a good, easily-available case/box solution for the Organelle? Something that’d protect the Organelle properly in transport.

Something that’s available in Germany or internationally would be better.

C&G could actually design a nice box for it.

If they made one I’d snap it up in a jiffy! Nothing out there that’s perfect for my purposes. Someone was selling some wooden boxes here not so long ago. I got a NI X1 case on someones recommendation but i find it doesn’t really fit very well.

I got a Nanuk 910 hard shell case like this one: 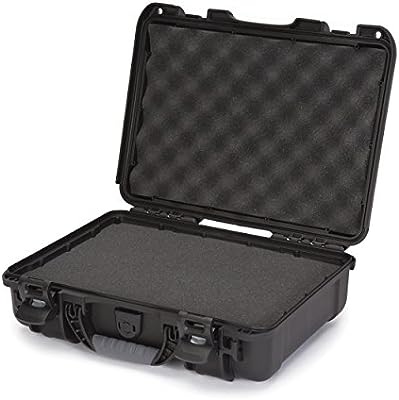 
Its bigger than necessary for the organelle, so it can hold more stuff if you need it, but its bulkier than it needs to be. It still fits in my backpack though.
It seems very sturdy and I had no worries about traveling with it.

Yeah, it isn’t really though. Organelle is not really held securely inside it - plus i feel it’s slightly unnecessarily large and box-y for the purpose.

This is much too large for my purposes. I don’t need a box that is itself protective other than having a hard shell. I can always wrap the organelle with some protective material. I need something that doesn’t take up much space. The Traktor X1 case looks interesting, but then Wannop says the Organelle doesn’t fit very well - assuming he has trimmed the foam in the case as the original poster suggested in that link.

Thank you for the responses.

I did indeed. The encoder/pots rest against the inner surface of the case when it is ‘closed’, holding the case lid up - thus sort of subtracting the whole point of a protective case. It’s still sort of useful to keep other bits and bobs with it like AA battery pack, earbud headphones etc. I still keep it in this when travelling but it’s not in any way perfect. Something form fitting, sleek (leaving backpack space) and with protection for the encoder would be really cool.

I’ve considered the soft case from the Pedaltrain Nano+ myself. It’s about the same size as the cardboard box C&G provide, I just don’t even want to try ripping out the foam or damaging the original box. It would be awesome if they made a better case to buy.

I bought one of these cases on Amazon made for the OP-1, cost was $40. The Organelle knobs seems to light up fine with the recess in the case foam. The soft case allows that the Organelle is thicker than the OP-1. Its snug but not bad. The case also has an external pouch plenty large for the power adapter and cables.

Thanks for sharing this. I’m not sure I’d put so much pressure on the organelle knobs by squeezing them into a case like this. It would also make it more fragile in transport as things that have pressure on them tend to snap easier (human beings are a great example to this

@oweno hear our cries! design or suggest a case for the organelle!

@oweno @chrisk
Hes right! People lose their shit over a nice bit of merch for their pretty little music boxes. Me included.
Dooooooo it!

No need for a compartment for cables or power supplies. People power their organelle in many different ways. Just a sturdy, protective box for the Organelle, so we can simply throw it into our backpacks or gig bags.

Here here yes please I would buy cases for my organelle ,pocket piano,bolsa bass in a heartbeat .

@AisforAnything are you still making the boxes you mentioned in this old similar thread?

Is there a bag/case for the Organelle available? Organelle

Oh these are nice! But the price is in dollars, which means they’re shipped from US or Australia… and that would make the total cost outrageously expensive. I live in Berlin.

I might also consider building a case myself, assuming I still have the basic skills required.

I recently bought a very very cheap soft flute case (£10) Removed all the internal stuff and cut and taped together some basic hard foam packing with cutouts for the knobs. Seems to work fine.

Just purchased this Magma case for the Organelle and it works really well:
Magma CTRL Case for Roland Boutique Synths in Dock

That looks great,hows the depth,is there enough room for the knobs when closed?