Editing "basic sampler" to be more than 2 seconds

fantastic. Thanks so much for this.
Is there an easy way to get the samples to loop?

Hey there.
Here is an edit to the Nori Sampler that adds a resonant lowpass filter (but removes the modulation + start point controls).

I would still love to have a version that loops…
maybe someone better at PD than me could figure out a nice way it could be incorporated into future edits.

is this the one with the input monitoring mod that you made?

@marcus, do you want to upload to Patchstorage?

no, but i could send you that one.

@isktrr , I used 60 seconds just cause it was a lot longer than the previous 2 seconds. There are 2 ways to play / record in Pd, reading samples into an array (which is using RAM) or streaming from disk (the usb drive). This sampler reads the sample from an array (RAM) so it is ultimately limited by the amount of memory. 60 seconds is no problem, perhaps even 5 or 10 minutes would be fine as well, but for longer record times, the disk reading objects will be necessary (readsf~ and writesf~)

so using this device to play and record at the same time is not unreasonable?

am I way off track here?

You can definitely record Organelle-processed sound to a file for later use. See the writesf~ object in Pd.

This was the main point that I’ve been trying to get clarity on fo a while.

Not so much to reteieve pocessed files into a computer but to sequence a riff or beat on the Organelle, record the sequence as an audio file saved in a folder on the Organelle’s disk itself, and then load that saved audio file into another patch for further processing.

I’ve had some feedback indicating the possibility of saving to a central folder location and using a Pd patch object to retrieve an audio file from such a folder. However, I haven’t actually seen any reference to anyone actually creating and posting a patch that refers to a file that is not in the patch folder.

This is a bit frustrating to me because, with no Pd experience (but a definite willingness to learn), I can’t understand why Critter & Guitari in the very least wouldn’t post such a patch. I am sure that there are many others like me who are on the edge in terms of making that investment in an Organelle but who need to see more ready-to-use patch examples beyond patches that seem totally independent of each other and do not seem to showcase the device’s potential for working TOTALLY within the Organelle itself. A $500 price tag puts the Organelle squarely in standalone workstation territory and, if Critter & Guitari ever hope to win more than just novelty enthusiasts to the Organelle’s cause, then a greater effort needs to be placed on patches and demo videos that demonstrate an entire production workflow purely using the Organelle, using audio files stored to and retrieved from a central folder location, including sequences rendered to audio and audio rendered into new audio files through effects patches.

That would at least give a Pd novice like me (and others) confidence that we could actually get some serious production work done from the start while we genup to speed on Pd.

Surely that’s not too much to ask.

Im not saying its ‘cheap’ , but I suspect expectations are bit high… an OP-1 is nearly double the price.

If you are planning to invest in Organelle, then download pd vanilla, and start experimenting with it, Organelle is ‘just’ pd running on a linux box, with some knobs/keyboard. its not a cut down form of pd.

being a ‘novice’ in PD is even more a reason to dive in…
its a win/win for you - you find you don’t like or can’t get to grips with PD - you save $500… you find you like it, then when your organelle arrives you already know some PD.

personally, I think if people start expecting others (including C&G) to start posting lots of patches, there going to get disappointed pretty quickly, there are just some many possibilities, to provide examples for all is going to be impossible.
(and theres a huge amount of PD resources available… online, and in books)

Id say there is one aspect though that C&G need to provide a bit more guidance on,
available resources (cpu/memory)… we know the specs, e.g. its a single core A9, but what does this actually mean how complex patches can be? this is something you cannot easily tell without having an organelle.
so patches demonstrating, how many voices (even simple oscillators)? how much ram for samples? is real time streaming practical (due to performance) from the usb or internal drive ?

currently, I’m still on the fence with organelle, as I think the single core A9 seems a little underpowered, I really wish it has been a dual core, and a bit more memory… but Id loved to be proven wrong.

I was/am a member of the monome community from some of the early days of their devices and online forums. the community they built was an amazing and supportive place which grew and grew despite the monome being difficult to explain, had a complex installation + implementation process and a device that primarily interfaced with max/msp (so not beginner friendly). Most of the flagship monome applications were first developed by brian + kelli (monome) themselves but the community really took ownership of creating the kind of applications that they wanted to see/use which was fantastic. Nobody was posting things like “why don’t monome create an application that does XYZ?!?” Instead people were asking help from the community at large.

"I would love to create an XYZ app… Could someone point me in the right direction?

“Here is my work in progress… I’m stuck… can someone help?”

Not everyone has the same needs or the same taste in music which is the beauty of an open-ended device. I hope that the community that pops up around the Organelle will be even a quarter as awesome as the one that grew around monome.

does pure data even benefit from something more than a single core?

does pure data even benefit from something more than a single core?

I don’t think PD can use multiple cores (unlike Max which can via poly~)
but organelle is also running linux, so it would be nice to have a core ‘dedicated’ to PD, and the other for other stuff, include the linux OS. (device i/o, the osc server that organelle uses to communicate with PD etc).
( you can also port non-PD apps to organelle too, which could make use of multiple cores - though I accept this is ‘advance’ use

perhaps the cost differential between single and dual core was prohibitive, but seems surprising given the product price.

anyway, as I said, it would be interesting to see what is practical with the given specifications, even some statement on how much CPU is being used by the supplied patches might give us a better idea of whats available. (and also memory , the 512 is quite low…)
I love the concept of Organelle, and know enough Max to find it really an inviting proposition, but I’m just concerned, how quickly I’ll find I’m hitting resource limitations.

I just posted some more detailed info about CPU performance!

Hi @jessetal, I just uploaded a pair of patches that together demonstrate accessing sounds from a shared folder. They are actually slight modifications of two standard patches Sampler Style and Sampler Style REC. One allows you to record samples, and the other to sequence recorded samples. The samples are saved in a separate Sounds folder which lives next to the Patches folder on the USB drive.

you can grab it here:

The adjustments were made in the sampler-voice.pd sub patch to make this happen. Telling Pd to grab resources from different folders is pretty simple, and hopefully this sheds some light on the possibilities.

I should point out, however, that we don’t really consider the Organelle to be as much an all-in-one workstation as an all-in-one instrument. We generally think of the patches as stand alone instruments focused on translating human interaction to sound. While one could certainly build higher level functionality to support a multi-layer type workflow, it would take some wrangling because of the layout of the controls, which are setup more for playing than for editing. In other words, the Organelle paired with a dedicated multitrack recorder would then be a great all in-one studio!

That’s brilliant, Owen! I got the impression that you guys viewed the Organelle as more of an insteument. That’s certainly reflected in the patches.

However, even though you may not have considered it as a more comprehensive music production device, it’s already achieved that potential through patches like those you’ve just mentioned.

There are certainly some limitations but there is still much power to be had! :-0

I’ve gotta bump this thread because I don’t want to make a new topic for this question:

Where exactly in basic sampler is all of this stuff happening? I have been cramming this pd stuff for a few days but let’s just say I smoke weed all day and am busy as a line cook… I’m not exactly a student and like, I haven’t had a good method of trying to learn this.

So, like, where within basic sampler is the time getting limited?
And additionally how do I like, read these patches, on that patch storage site? I’m at prob a 8% understanding and I kind of know how to think of it like modular but I come from hardware and not computer biz… So when I look at that picture of Analog Style, where is the command to the aux? Why are some things not represented is what is throwing me off

implying I’m learning at all

Yes! It would be great if we could learn Pd together on this forum. Explain the screen caps of patches and walk through all the “left out” info…

Thought It might be better to re-live this thread than to create a new one. I saw a new patch today Loop Jam Rec but there is a 2 second limitation recording time. I’d love to have a slightly larger buffer. I’ve been trying all morning to fiddle with arguments and values trying to edit the patch in PD with no result. Any point in the right direction would be awesome. Thank you

I think someone should assemble what @josephbranciforte has already developed, which is a functional asynchronous multitrack looper. I guess it should be a trivial task for someone with some knowledge of pd.

wonderful! thank you so much for sharing this! 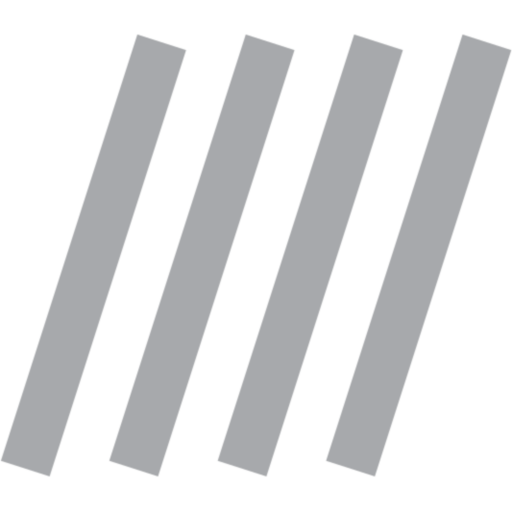