We have a beta version of the new video generation environment available for download. Currently the EYESY generates video using Python and the PyGame framework. This setup is great and easy to use, but it doesn’t take advantage of any hardware acceleration.

This disk image uses the new environment based on openFrameworks and allows you to code video modes in the Lua scripting language, taking full advantage of the EYESY’s 3D graphics capabilities.

This download is intended for people who are interested in developing modes. While the core functionality works, it is only loaded with 3 modes as examples. Also a bunch of features are not yet implemented (more on that below).

Download the above link and burn it onto an micro SD card (see section 6.1 of the manual) The process will wipe the SD card clean, so you might want to use a second SD card or make sure anything on the card is backed up.

Booting up the EYESY will start the video system and load the 3 example modes. You can use the mode forward / back buttons to navigate between them. The modes are audio reactive on one channel at least, and the knobs control various parameters of the video.

All the web stuff works the same as before. You will want to get connected and then you can play around with the modes and create new ones in the web editor. The modes are in the oFLua folder. If you create a new mode, you will need to stop and re-start the video so that the new mode is picked up. Currently the easiest way to do this is copying an existing mode folder and renaming it.

The following features are not yet implemented:

Similar to the Python setup, the EYESY’s hardware is made available to you as variables you can use in your mode. In Lua this is achieved by the

line at the top of the main.lua file. This includes several variables you can then use:

Eventually MIDI and other variables will be included.

It is all still a work in progress, but we’ve been really excited by the possibilities and hope to post more examples soon!

Wow this is SO GREAT!! I was just wondering if the cool openFrameworks / openGL / Lua software we saw in the Kickstarter teaser video was going to be released soon!

I noticed you all mentioned “Eventually MIDI and other variables will be included.” While you are programming this would you be able to add MIDI controls for the On Screen Display button, the Shift Button, the Screenshot button and the Trigger button?

Also, Could we get settings to adjust the CC numbers, the Note 127 on the persist toggle, and even the Program Change on the scene select. Or is that something we would have to edit the code on our own?

This is super exciting. I haven’t been able to spend the time I’d like to with EYESY due to work demands, but this gets me psyched to get back into it!!

Super cool! Does this image (is it fair to call it an OS?) eliminate the python functionality? Do you anticipate eventually switching over to openGL/Lua entirely, or will Pygame still be part of EYESY’s future? I’m trying to figure out where to focus my programming learning.

The Python stuff is still installed in this OS, but it is disabled. We’ve been thinking about the way to handle both environments, it might be a situation where you hold down a button during boot up to select Python or oF/Lua.

We’ll probably be working more and more with the oF/Lua stuff since you can do everything and more with it, although it might be a little harder to work with initially (we are working on better set of examples). The Python/Pygame stuff works great for what it is and learning Python is always a good thing being so common these days.

This is awesome, thank you! Really excited to see patches being made by the community over time.

Really cool! Should those of us who aren’t into programming but want the cool new modes (as well as the ones already on there) wait until there is an official new OS release?

hey guys,
I’ve downloaded the image and went through all steps of burning etc. but now
my unit acts very strange ( besides, of course, all the disabled stuff).
AP doesn’t work and I cant find the EYESY network.
Also, the demo examples don’t run and even the On/Off power switch act strange,
when powering of, the power led remains green unchanged.
Really looking forward to develop some modes,
any help ?

That sounds like strange problems. Do you get any images at all? What if you boot up without the WiFi adapter plugged in?

NO, no images at all.And as I recall, it behaved the same even with the adaptor out, but I will
double check it tonight after putting the kids to bed :-))
Thanks

just an update:
Since my unit was acting really strange as mentioned,
i went back to a formal version 2.1 and to my surprise, my unit behaves just the same.
Stuck in this weird mode where nothing works and as mentioned, it doesn’t turn off except by removing
the power cable.
mmmmm…

The only thing i do get is a brief rainbow colored screen that disappears and that it.
Would love for some help or advice

This looks incredible!! Love the 3D effects of the first mode!

Was wondering if the modes in demo videos would be made available.
I really liked them the first time I saw them. 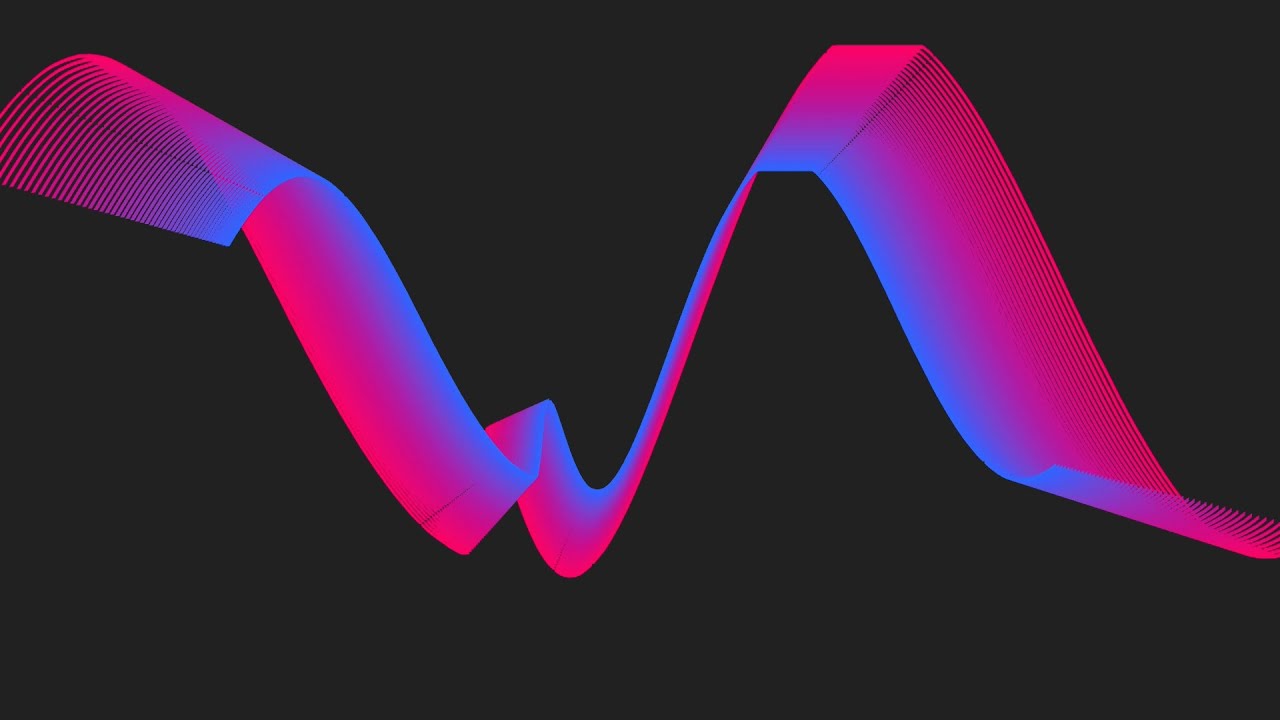 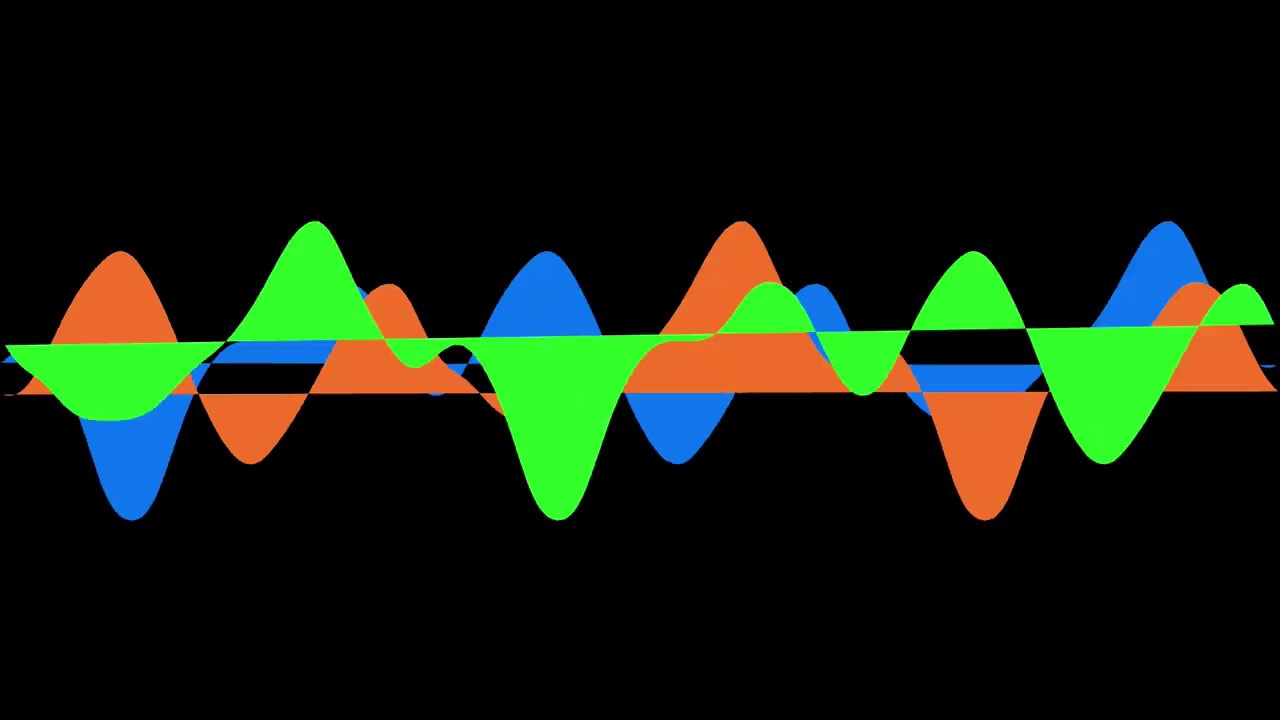 Hello like “yaircass” i tryed the lua beta on my Eyesy and nothing happen , Black screen… No boot image at all. The Eyesy stay in sort of blue led work state flashing in yellow sometimes.

just ordered an EYESY, how is the beta process going?

As you can see… Nobody answer

Personaly the Beta lua dont works. Nothing happen when i start my Eyesy just a black screen…

that would be a shame, it has so much potential!

Sure but … Without users, firmware updates, constant improvements and community activity, the “potential” stay speculative

I hope they will woke up a bit this year.

New EYESY user here: I’m loving the python modes so far! Already have friends who want me to do visuals for live shows.

But what I’m even more excited about is the oF/Lua capabilities! Is there any progress on a new release that handles both environments? I haven’t tried the Beta yet since I don’t have a spare micro SD card and I didn’t want to mess with my EYESY’s code too much yet…

Is there a repo for the beta source code? I’m interested in fixing the issues with the power switch and wifi adapter listed above.

The source code for the system is here: 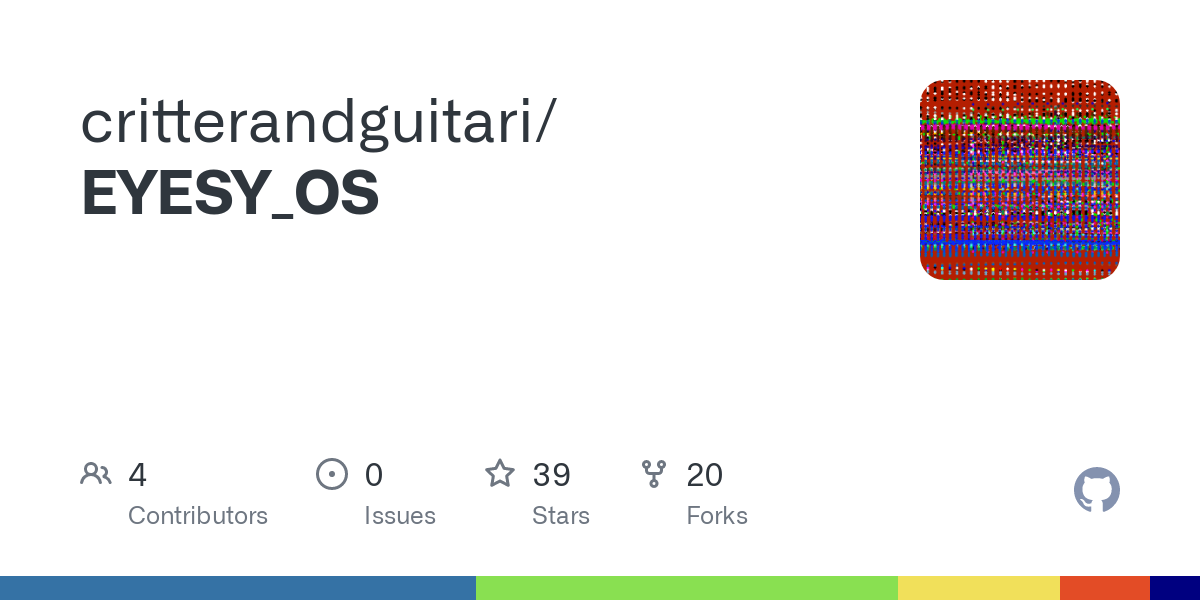 Contribute to critterandguitari/EYESY_OS development by creating an account on GitHub.

(warning: this may soon undergo a bunch of refactoring)

What are the issues with the WiFi and power switch? The power switch and WiFi stuff is not changed at all from normal EYESY OS. (in fact nothing is really changed at the OS level except instead of starting Python/Pygame we start OF/Lua).