Does anyone know of a functional patch that achieves simple midi monitoring to the screen of the organelle? I am trying to troubleshoot some of the strange midi things that are happening in my synth rig… I could easily hook up my iOS device to the system but i want to appease my ego and keep it “low tech screen less” lol

But seriously, it would be really helpful to have this as a patch, either in ORAC or vanilla organelle. 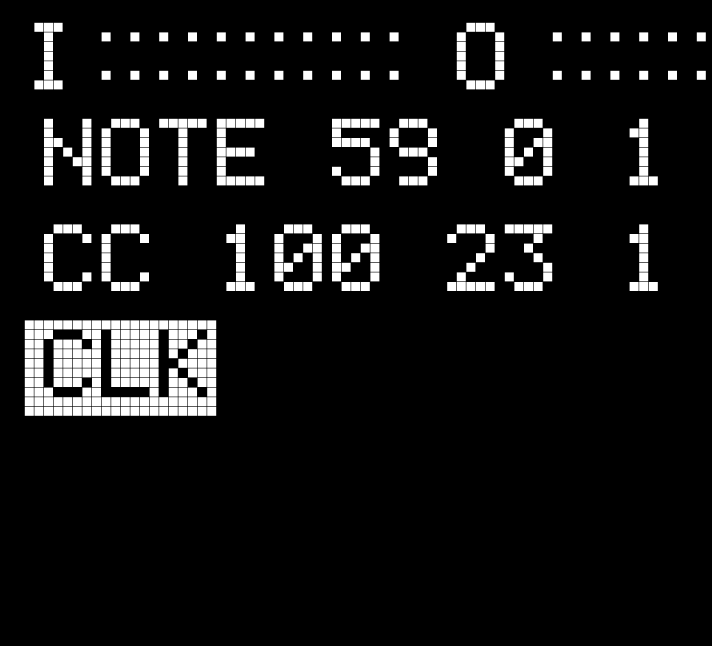 Only displays Note, CC, and clock messages. It could be improved with a second screen showing raw bytes for even lower level debugging…

Wow! Thanks owen! It’s so cool how we users can interact directly with developers and influence the development of a product in real time. So rare and special. love you C&G!

Here’s an updated version. It now displays both incoming and outgoing MIDI:

Just posted an updated version of this patch that fixes a minor bug in the MIDI Output Transport Start/Stop command: