what do you folks think about this??
Think the organelle could support one?

What exactly does it do? Broadcast pirate radio from USB?

will it work, well you can go one of two ways :

honestly, you can do the first, and its quite tricky/time consuming, especially as we don’t have the exact source/config that was used to build the organelle kernel (

) … also even if the kernel does have the support, you will still likely have to build/install other apps… (I installed ffmpeg recently so thats a good sign)
so yeah, its going to take some hacking

can you definitely get it to work… with enough hacking - no
the issue is, so far Ive been unable to rebuild the kernel for Organelle, either the current version or a newer version, this means if a kernel modules is required, but was not built, you are unlikely to get it working.
(ok, that a exaggeration, if you can get the kernel to rebuild then yeah, then its very likely you can get it work, but Ive not managed that yet, despite trying a couple of times)

chance of it working? well complete guess, I’ll say 75% if you do the required hacking.
(of course there is also a chance, you’ll just plug it in, and it will work first time, with no effort)

btw: a very interesting/appropriate link (that Ive not read yet ;))

See what's in the radio waves around you using software-defined radio and a Raspberry Pi!

I bought one a few days ago waiting for it to arrive and I have plans to make it work with Organelle.

I found this link and was really impressed by it; streaming FM radio DIRECTLY into pd. Yes, there are externals for it too

There is link for them in the first clip below.

So waiting eagerly to receive my SDR radio and get experimenting. If not working on Organelle Mac is also fine for me

Check this clip of it working with pd, this is form the guy who had the idea and the externals were created with the help of Katjaa vetter.

And this video has a link to the SDR radio that he used, so if in doubt one cold just buy the same as he used. I juts bought one of the web and will see if it works, I didnt see this link before today:

cool, I’ll be interested to hear if this works … fingers crossed

Radio is a fun source of material… Ive been using my Koma Field Kit for this. … Field Kit + Organelle is a fun combination… looking forward to getting the Field Kit FX

cool, I’ll be interested to hear if this works … fingers crossed

Radio is a fun source of material… Ive been using my Koma Field Kit for this. … Field Kit + Organelle is a fun combination… looking forward to getting the Field Kit FX

Yeah I look forward to play with it, lots of cool things to do with “live” sources like radio. Especially cool that when using the externals rtlsdr you can change stations and everything from within pd. This is really cool. have also been looking at another external called Icecast, in unauthorized external pack. I was following a tutorial on how to use it, but after doing the first few step I realized it was for me broadcasting radio to the world, not for me grapping radio signals from the world. It might work for that too, I dunno, but the documentation was a bit sparse, so I decided to go with this rtlsdr external idea instead. And I allr eady checked the external loads in PD on my Mac, so I hope the radio is compatible with my set up

Dont know the Koma one but looks really cool

But also I was thinking about combining it with this app called ReacTIVision, which takes coordinates from a camera, using a special kind of symbol cards, and you can use the coordinates for modulation in PD. This also got externals for PD, but again I am not sure how i would get this working with Organelle, cause one needs to install an app… But for Mac, I have tested it and it works. It crazy what you can do… With a SINGLE symbol card, I think you get around 20 modulation sources… And you can use up to 32 symbols at the same time… So 32X20… 640 controllers into pd… I mean more than one need, but super cool, even with just a single symbol card… I only tired with 1 from my Iphone screen, I need to get them printet

And as far as I remember the external used is pretty light weight too.

The program is also freeware so it is very appealing. The technology used is the same as used in the super cool Reactable.

Link to a REAL Reactable:

So if we can hook up a sdr radio and a camera to organelle and install a few drivers, there are many cool ways to interact with patches

where did you buy it from
Lets give this a go
I want FM in my patches because i like the indeterminacy of radio despite the federal de-regulation of 1996 letting congloms own more than one station in a particular market, i want to use it for classical and other “input” into patches a la cage

reactivision has been working inside pure data for years and years, my students used it for AR around 2007 very successfully as i recall now. just got to to define those fiducials

i found this but it’s 150$ so i am going to have to wait a week to order. JUST got caught up with the onslaught of vet bills so fascinations will be paused. I might have to vicariously live through you for a week

I got this one from Ebay. Hopefully it works. There were some cheaper ones but from experience I dont take the cheapest stuff from ebay anymore, hehe

NESDR Mini USB dongle. The NESDR Mini was designed by NooElec for SDR applications, though they will still function as quality DVB-T receivers where signals permit. NooElec SKU100556. And, as usual, we perform extensive QA on every batch sold. |...

reactivision has been working inside pure data for years and years, my students used it for AR around 2007 very successfully as i recall now. just got to to define those fiducials

Ha yes I see it is an old app. I just have only discovered it a little while ago so new to me

JUST got caught up with the onslaught of vet bills so fascinations will be paused.

Jealous! Had my eyes on one for a while. Thought about making one of those ‘soundgarden’ things (can’t remember the proper name of the instrument) with some piezos, guitar wire etc and a cigar box for some industrial sounds.

Jealous! Had my eyes on one for a while. Thought about making one of those ‘soundgarden’ things (can’t remember the proper name of the instrument) with some piezos, guitar wire etc and a cigar box for some industrial sounds.

its great fun… and an even larger time sink than software

yeah, the Folktek ‘gardens’ are very cool, thats my plan… actually i was really inspired by something a guy (TNM) did with axoloti : 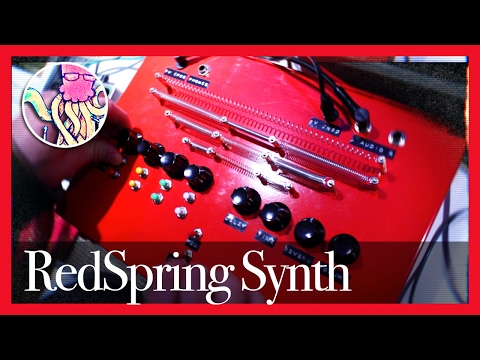 there is something about this acoustic electronica that really appeals to me… probably something to do with mixing the real world (chaos?) with digital…
but yeah its yet another world of electronics and building stuff… on top of my software building, getting the time is the hard part

I was thinking about combining it with this app called ReacTIVision

yeah reactivision is really cool, theres a guy on the eigenharps forum that made one of the DIY version, his demos of it were really good. but I guess the vision processing takes a bit of cpu, and it seemed quite bulky.

There is a really appeal to have a large surface to use for manipulating sounds/objects, something that feels like is elusively close , but still seems quite far away (for reasonable costs/size)… how long before we can have this on our coffee tables

anyway, not sure of the camera drivers in the organelle kernel, id guess there will be some…

generally, because we are using an older kernel, Id try to stick to older, well established hardware, more likely its in the kernel… but you never know, linux has so much hacking done to it, its amazing what the kernel does support.

check out the moisturizer? from the guy who made that amazing desktop synth

The radio built into the OP-1 is one of it’s best features - a great way to obtain samples, generate noise, feed an external effects chain …

yeah reactivision is really cool, theres a guy on the eigenharps forum that made one of the DIY version, his demos of it were really good. but I guess the vision processing takes a bit of cpu, and it seemed quite bulky.

I dunno how much cpu it takes, but probably too much for an Organelle. The bulkyness might be because of how the pd external handles the ID’s of the symbol cards; each symbol card has its own ID number and when you use one symbol card that number is registrered by the external in PD and send out all the controls available for that id. But if you want to use 2 cards you have to make a mechanism in pd that separate the ID numbers form the symbol cards, and this gets a bit weird cause ALL ID’s and controls for all symbol cards comes out of the same outlet of the TUIO external. The controls are not very smooth when using 2 cards, atleast form the single test I made.

It would be really great if they updated the externals, so you could load more TUIO objects and then provide each object with an argument that sets the ID number. This way you would be able to separate the ID’s and their controls entirely and would probably be less bulky. Anyway, just dreaming out loud…

BTW, about the rtlsdr external:

I forgot to mention, that I only got it running in PD-extended on OSX 10.10.5. I tried loading it in Vanilla but it wont load the external.

i am going to re-compile the external on raspberry & Atom