I finally got myself a usb wifi and a new usb drive, so I think its about time my Organelle get’s updated to a newer version. But by searching I find several different installs and not 100% sure where to start, its a bit og a jungle.

For example this one, found a bit down called " Installing the C&G OS 3.1 SD card image":

Ive just released a patch that will maximise the patch storage on your SD Card, without any technical linux wizardry , to fully utilise your sdcard size! what does this mean? the standard C&G SD card image, will use 8GB of your SD Card, 4GB for the OS, and 4GB for patch storage regardless of the size of your SD Card, so if you have a 16GB card, your limited to 4GB for patches/samples. After running ResizeSD, e.g. a 16GB card will now have 4GB for OS, and 12GB for your patches and samples …

And there is this one:

time for a new beta

https://patchstorage.com/upgrade-3-1beta/ the main focus of this beta is to resolve issues that some are having installing 3.0 on macOS. so Id really appreciate those having issues with the 3.0 release, to try this release and let me know if it resolved their issues… and if now I will work with them to find a solution in this beta cycle. … your participation is very useful, and will Im sure be appreciated by the community, as it will help others too. BUT t…

As described in the name of the thread, I would love to use the sd-card for patches and transfer patches over wifi, those are the basics.

Which one should I install? I am pretty sure I have OS3 installed at the moment, but it would be nice to know what is the smartest move to get the Organelle up-to-date

Any advice is appreciated!

Cool, that was all I needed to know

I just tried connecting with wifi but it doesnt seem to connect. Anyhow, I will install the 3.1 sd-card image and try again.

I have installed the 3.1 OS, which works.

Then I want to test wifi, so I can copy some of my own patches to the organelle’s sd-card.

First approach:
First I tried to use my wifi network, by first inserting the usb drive with the wifi.txt on. Organelle logs on to my network and it says connected. But when I try to log onto:

I get “this page cant be reached”, so stuck there. I guess this way of setting it up is not handy cause it seems like I need the USB drive with the wifi.txt connected? Or can I, when I get it all working from sd-card only, for example copy the wifi.txt to the sd-card? WOuld be really lovely to be able to ditch that USB-drive fully, so it doesnt use a usb port.

Second approach:
Anyway, since that didnt work, I then tried to use Organelles own AP. I can see Organelle network on my Macbook, but when I want to log onto the network it asks for a password.

Is there a standard password for the organelle’s network? I am a bit stuck at this point, I dont see anywhere in the process where I could create a password.

I have watched this video, but it doesnt say anything about start password for Organelles own network:

We made a demo video explaining why and how of the Organelle’s WiFi-enabled functions! More info: https://www.critterandguitari.com/blog/wifi-features-os-3-1

I get “this page cant be reached”, so stuck there.

The correct address is: http://organelle.local/
.
.

I have watched this video, but it doesnt say anything about start password for Organelles own network: 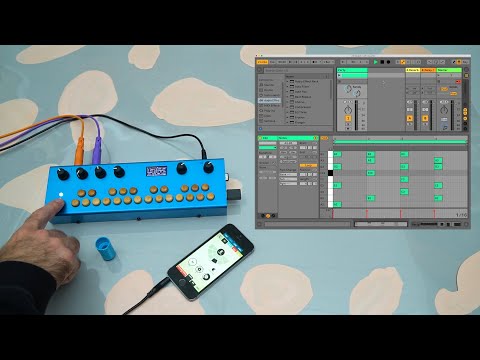 Yes that worked, thanks!

So now I just need to get to know the new way of handling things. It seems a lot simpler than the old ways

Ah I see sorry. I skipped some things in the start to get to the part with the instruction. I missed it. I apologise… Had a long day.

The correct address is: http://organelle.local/

Yeah I did also try:

But I get the same message “this page cant be reached”.

Is there anything I can troubleshoot here?

This would be the preferred way, I guess, cause I would stille be able to use netowkr for regular wifi. When using Organelles own AP, then I cant use network on Macbook at the same time.

But I get the same message “this page cant be reached”.

did you start the web server? It’s mentioned in this section of the video: Critter & Guitari - WiFi + Organelle (For OS 3.1) - YouTube
After joining a network or creating an access point, select ‘Start Web Server’ in the WiFi menu. Then go to http://organelle.local

did you start the web server? It’s mentioned in this section of the video: https://youtu.be/o2oqqbMc40g?t=392
After joining a network or creating an access point, select ‘Start Web Server’ in the WiFi menu. Then go to http://organelle.local

And it still won’t connect to the webmanager. I checked which network I am connected to and it is the regular one not the 5G network. I have turned off network filter too, which didnt change anything.

Anyway, did some nice progress today, most is working, so thats nice

It could be something about your network. As @thetechnobear pointed out in another thread, you can try just http://organelle (omitting ‘.local’ from the end)
You can also try going the IP address listed on your Organelle’s Info screen (after you join network and start webserver)

I restarted the Organelle and it worked for a short while, I could log onto the webmanager. But suddenly it stopped working and I was back where I started. I tried logging in a few times and now it works again. So all good for now

Does anyone know if there is a limit on how big zipped files can be when transfered over the webmanager?

I tried copying a zipped patch that is 246 mgb’s and it show the load circle very shortly and then stops copying and the file is not copied.

I instead first copied the patch to usb drive and then in the webmanager copy the patch, not zipped though, to the sd-card. That worked.