Hey, looking for advice or a "Oh, that won’t work."
I’m fairly inexperienced too so forgive me if I’m noobing.
I want to run drum machines from Logic Pro X on my computer through a midi hub into the organelle and perhaps into other devices (like a Korg Minilogue?). Will this work? I don’t want to buy a hub and then not get it to work correctly. Really what I want is a clock controlled from my computer and running into my organelle for live performances.

This should work fine. You will also need a MIDI USB cable for the Organelle. We recommend this one: 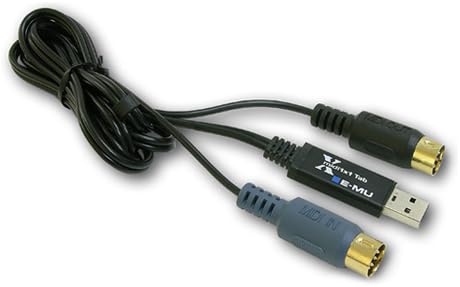 What about hubs if I want to connect multiple devices? Just worried about class compliance

Hello, i have connected midi, organelle to logic x through an interface midi, and i have been able to record all the midi data on the logic x using organelle as midi contoller, but i haven’t been able to make the sequencer midi logic play the sounds of organelle. Please help

organelle midi in and out

is enable and the channel in and out is 1

Im in the same situation (can only read midi data and cant get sounds of organelle in logic), has anyone been able to accomplish this?

I use ableton without trouble, but not used logic.

Have you looked at the organelle manual for guidance?

Gotcha. Was able to get sounds + midi! Just for my understanding of whats possible here then:

And one (and maybe the only?) workaround to being limited to 1 organelle track is to bounce the organelle midi tracks in place as audio? So really, I can only have one midi organelle track at a time.

Thanks and hope thats not too convuluted of a question! New to all of this so apologies if im using wrong terms for things too

And some pictures of the setup, for reference

Thanks for posting pics, everything looks set up well!

You can have a whole bunch of different midi tracks sending info to your organelle at once, but it sounds like you don’t really want that in this scenario. If you want to automate knob movements too - you can, using cc# 21, 22, 23 and 24.

If you find later you want to automate a whole heap of different parameters - you can do that too with the orac patch and using it’s ‘midi learn’ function to control the many various orac ‘modules’.

As far as bouncing to audio only - i would always encourage it. If you are trying to write and record music you will work wayyyy faster if you do this frequently.

You are able to have as many tracks of separately recorded organelle audio as you like.
Same goes for midi, it’s just more complicated to use unfortunately. It’d be worth having a look at logic’s documentation on using external instruments for some extra midi tips