How quickly will the Organelle-M ship?

While having 2 organelles would be neat I wish there was some way I could trade in my Organelle for credit towards a new one.

I’m in the same situation, bought the Organelle recently and would have waited knowing these features were coming. What I’m a bit sad about is that if I want to sell it it just lost a lot of value.

Add me as another that thinks it would have been nice to have a little heads up on this. I just bought a brand new Organelle just over a month ago and ABSOLUTELY would have waited if I knew this was coming.

I’m in a similar boat—bought mine in November, but probably would’ve waited if I knew the new one was truly portable and had a built in speaker/microphone. Now to talk myself into splurging for the new one…

I’m even more bummed out, I emailed C&G asking for a release date and they just said ‘it shouldn’t be long’, I figured that meant months and bought an Organelle 1 second hand as I coudln’t find any new ones from UK stockists, it was almost full price. It’s in the mail, I’ve not even held it in my hands and now they have released a new model!

Isn’t it possible to just upgrade the original Organelle to a quad core with faster CPU and more RAM. Wouldn’t this solve any RAM or CPU related issues? This thread mentions something about it:

you can replace the iMX6, as I did a couple of years ago (and not had any issues, except the ‘initial startup’ issue I mention) in the post about this here

the quad imx6 is slightly less powerful (1gz vs 1.2ghz) but had a bit more ram.

however, you miss out on the other benefits of the organelle-m.

organelle-1 uses pretty old version of arch linux, which is less compatible with other hardware, and more difficult to add software to … I did start a project to upgrade the linux, see here but never had time to finish it off - perhaps one day

but for sure, if you have an organelle-1 its a good upgrade - and will become more attractive to end-users if patches start making use of multi-core/more memory.
(as I mentioned in my above thread, up till now, mainly Ive been using the quad for development purposes, as I wanted to create patches compatible with ‘factory’ organelles)

After hearing complaints about our timing of release and requests for a trade in program:

We apologize to our customers who feel they were burned by the launch timing of the M - this was not our intention. This is not a gimmick to achieve some element of 'surprise.’ We just don’t announce products until we are ready to ship!

That said, we entirely stand by the Organelle 1, even if we will no longer be producing it. It is a great machine, it is the foundation on which the new version stands. In terms of patches, there currently isn’t anything the new version can do that the old one cannot. As we mentioned above we plan on updating the Organelle 1 with the new OS features in M OS.

Thank you to all of our customers!

I understand you not announcing beforehand, that’s your prerogative, and as customer, shit happens and you’re unlucky. I am really disappointed, however, because I got an email from C&G on May 15 saying “Hey, the Organelle is back in stock!”
Surely you could’ve 1) not sent out that email or 2) said “we’ll have it in 4 weeks”. What you did wasn’t something I would expect C&G to do.

This looks great. Awesome video too

Thanks for making such great instruments!

This is great! Any word on shipping date?

Not sure why everyone is upset. The Organelle 1 is still great and you wouldn’t think anything differently if the “M” version didn’t exist. Everyone is always too quick to abandon something for the latest model.
Look at Tom Morrello and all he does with only 5 or 6 pedals for years and years. You can do so much with the original. Just keep playing and have fun. Plenty of people still think the original is amazing so if you want the new one sell your old one to them and fund the new one with your sale. Or don’t.

I can understand why ppl who just bought (who want the features of the new one) are upset. But mostly agree here - the old one is great!

In fact I bet there are some people who like the new one but would prefer an option without the speaker. Is it possible Organelle-M stands for Mobile, and there’s an Organelle-2 coming down the line without the built in speaker? I’d love to buy the M, but I think I’m going to hold out and see, bc for me the speaker is actually in the way on my live setup.

It’s really nice of C&G to make sure things are as forward/backward compatible as possible. I.e. they’re not abandoning those who want to stay with the older model. For sure, no one can do everything in a way that is to everyone’s liking, but C&G is a great company that really cares about its users and community.

Just got a notification my organelle m is shipping today

Can anyone please let me know if these midi/trs cables will work with it?
Thanks for any help!

Can the Pico be plugged in directly to the Organelle M without a hub ? I bought the Organelle mainly to have a computer-less setup with the Pico, I would consider selling mine and upgrading if the workflow is a bit simpler (although at this point I’m tempted to just buy a pi 4 and make a DIY solution…)

Can the Pico be plugged in directly to the Organelle M without a hub ?

yup… works fine without a hub, even works on batteries

Thanks, curious to see how much they will sell now…

Since the new Organelle uses a RaspberryPi compute module, will it be possible to upgrade it to the new Pi 4 module when/if it becomes available?

Just found an error in the new manual. Under 3.2 Patch Screen, the image used doesn’t match the following description.

This depends a on the load: speaker volume, CPU usage, USB devices connected, but generally it is around 5-6 hours.

Can anyone please let me know if these midi/trs cables will work with it?
Thanks for any help!

we hope to carry some MIDI to 1/8" TRS cables soon, these ones also work: 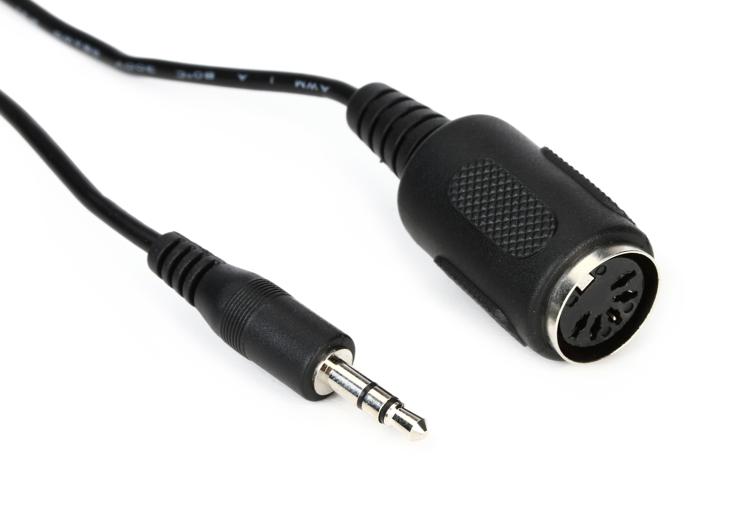 Since the new Organelle uses a RaspberryPi compute module, will it be possible to upgrade it to the new Pi 4 module when/if it becomes available?