Snowgrains - version 1.1 is out now

Ok so it actually took a year before this felt finished enough to release to the public.

But it is finally out! 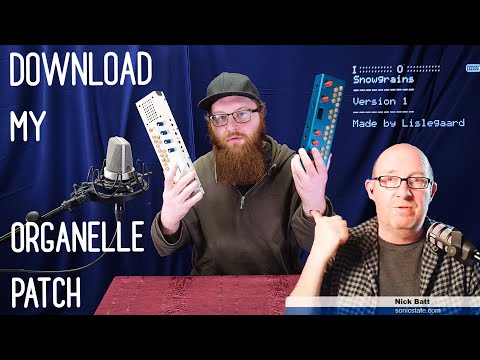 So some of you probably remember the video I posted a year ago. 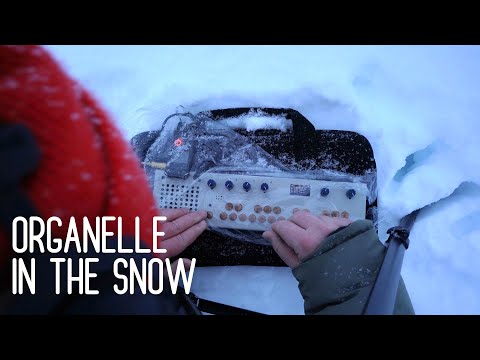 I wanted to try doing some Youtubeing and since I was in such a cool location I decided on doing this Organelle outside video. I made the patch mostly by reusing older sketches and bits that I had made before, but nerded out a bit on making the granular part sounding nice.

Then I got all this great feedback from people who enjoyed the music and wanted to use the patch. So it feels pretty cool to finally release it! It is the first software thing I release, so pretty interesting to compare it to releasing music.

You can download the patch here
There you can also find a full user manual describing how to use it.

Ps. as I mention in the video this only works on the M model for now.

Thats all! Hope you enjoy it! I hope to see some cool videos and recordings from the Organelle community

It seems super nice but may I ask you why it’s not compatible with the Organelle 1? Is there any CPU limitation?

Correct. It is almost maxing out the CPU on the M.
The plan is to make it able to run on any computer, so I want to make a version that run on the 1 as well, but this was a bit too big of a project for now.

I have a sense this is gonna be a BIG patch! Congrats on the release!

Euh, what’s causing the max out of the CPU by the way? Except for intense ORAC patches, I like the idea that even the latest patches from the makers at Critters&Guitari are retro compatible with the original Organelle 1. I like the form factor of the first version, a bit more compact.
Any way, I will read your tutorial in order to understand a bit more what your patch is all about because it’s still a bit mysterious to me (in a good way).
Cheers ,

Euh, what’s causing the max out of the CPU by the way?

Organelle M has a much better CPU. It’s got 4 cores instead of 1, and each one is clocked 20% faster.

C&G in general seems to be pretty conservative in terms of allowed polyphony and CPU usage of their patches so if anything, Organelle M ends up somewhat underutilized as a result.

But you can see the latest official patches having differences between OG and M as well, for instance in case of KS Strings:

Since the entire point of Snowgrains is to have two synths and two granulators, you can’t simply say “one less voice of polyphony” to make it run on OG Organelle.

Euh, what’s causing the max out of the CPU by the way?

Hey. It is mostly the processing and granulator that is heavy on the cpu. To get the sound I wanted I had to add quite a lot of grains to the granulator which demanded some cpu. It is even programmed in such a way that if you activate the possibility to control the patch via external midi it will increase the buffer size on the Organelle to be able to keep up with the potensial of very quick changes.

And the processing is a lot of what is giving the patch its sound. There is a lot of saturation and gainstaging before and after the moog filter, couple of reverbs etc.

Thanks for the detailed explanations. That’s nice. Too bad, I like the “conservative” approach of C&G. it’s part of their identity and totally in paar with my philosophy of how to smartly design in order to make it last… One of my favorite instrument. such a wonder.

Thanks @KristofferLislegaard for sharing this great patch! We just posted a quick demo with electric guitar: 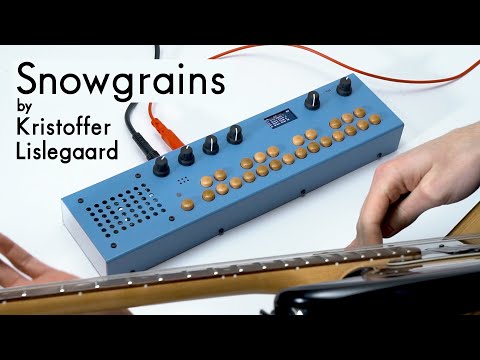 so nothing stopping you taking the above patch, and making it work on the O1…
I had a quite look, you could start by reducing number of grains very easily.

of course this will ‘compromise’ the sound, but from there you can take it in a direction that suits you.

Compatibility with the O1 is great where it can be achieved, but I don’t think it should hold back the OM.
sometimes this could mean the OM just has ‘more’ (e.g. more grain, more voices, more fx), but ultimately sometimes (like this patch) the extra cpu is required in the core of the patch… thats fine too

btw: this patch does not use multiple cores, so the difference is CPU is basicallythe OS overhead + a slightly faster core - not the 4x that you might think (due to 4 cores)

Mmhh wise advice… when you start reduce the number of grains does the patch start on the O1? Because I can’t even start it in the first place.

Hey everyone! A little update is out now. Version 1.1 with direct to USB stick recording. 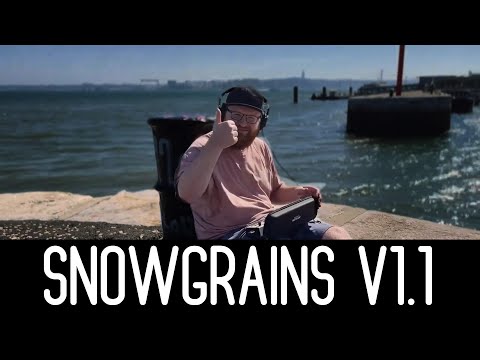 Thanks so much for this. Can’t wait to dig into it. Quick unrelated question- I’ve been looking for those exact knobs. What are they called? Thanks!

I’ve been looking for those exact knobs. What are they called?

Hey. I bought this, but I think it is the same as these.