Simple question. Can you connect a standard MIDI device to the Organelle with a DIN to USB converter such as the CREATIVE EMU XMIDI 1X1 USB MIDI Interface? I am thinking of adding an Organelle to my arsenal and I use an Edirol UM-880 to manage all my MIDI patching needs. For the Organelle to be viable for my needs I would have to be able to connect to it via standard MIDI DIN connection. Thanks.

Yes, the EMU 1x1 works great, and is the one we actually recommend using.

Take my advice and let that be known loudly and proudly. I believe I am speaking out for a lot of keyboard players when I say that lacking standard MIDI input is a dealbreaker on gear. This information may have just landed you a sale.

I respectfully don’t agree. Most of modern MIDI keyboard controller are USB-MIDI.
Besides, a simple 1in/1out USB MIDI compliant interface is really a small investment if you need MIDI DIN ports.

I don’t see why the fact that you can connect standard MIDI to this device is something to hide. Respectfully, I’m not sure you fully read what I wrote. I wasn’t demanding a baked in MIDI port (although if it had one I’d be happier with this item) but letting it be well known that with the purchase of a standard MIDI to USB interface you can connect this to keyboards or devices that only have such outputs.

I’m not saying this as a complaint, but I think at least a mini-jack MIDI output would be great to have on the Organelle. This would keep it compact (without an external MIDI interface) while it functions as a very creative sequencer, midi-file player, arpeggiator, MIDI-modifier, MIDI LFO, etc for external synths.

Yeah, the E-MU cable interface is our MIDI option of choice:

and then you can use a coupler or two to chain Organelle together or connect to computer.

but yeah, built in MIDI DIN would be convenient (or at list mini-midi jack). Duly noted

So Organelle 2 will have MIDI in/out and will also be able to make toast and coffee? Yay!

So on this topic I have been having some difficulty. I have used my Alexis control pad as a USB midi controller. Super easy, awesome. The nice feature with it is it also has midi din in and out. So I connect my Roland ep 7 to have the extended range but cannot get any sound from the organelle.
MIDI is being transferred and is recognised in logic but not by the organelle. I borrowed a MIO USB midi interface from a friend hoping aa direct connection would solve the problem but alas nothing. The other direction works. E.g. the midi filee player will play the ep 7 but the ep7 cannot play the organelle.

Any suggestions would be greatly appreciated.

I’ve been having trouble finding the E-mu interface where I live.

Would this one work? As far as I can tell the specs are similar. I just wasn’t sure if the E-mu interface has something that makes it especially well suited to work with the Organelle/Pure Data.

Thanks for the response!

not sure if this should be it’s own thread 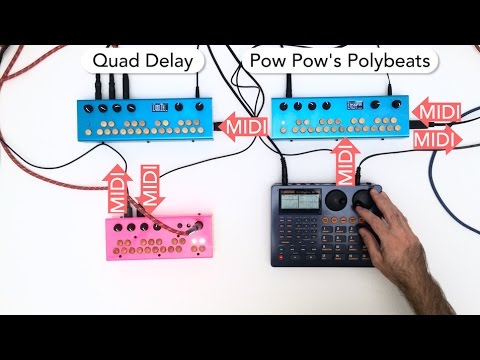 and thought back to this thread

Hello, all! I’ve created a patch that allows you to plug any HID device (in my case, a wireless Logitech F710 controller) into the Organelle, routing the messages out to MIDI to control any device. It is SUPER powerful and fun! An xbox controller gives you 6 analog axis and a TON of buttons, plus you could also design your own controllers, the only requirement is that it is HID! Check it out

before i try buying cables/adapters to try making it work:
can organelle accept HID data and spit out midi simultaneously? or is that patch only possible w/ wireless input? (leaving the single usb port for midi duties)

Hi all- new to the forum. Just bought an EMU 1x1 and tried using with a few different MIDI keyboards, but Organelle doesn’t seem to be receiving MIDI. Tried using an older Yamaha keyboard and also my Nord Lead 2, but no luck with either. Do I need to plug the EMU 1x1 into a USB hub first before plugging into the Organelle? Any input is appreciated- thanks!

Do you see the EMU show up in the MIDI section of the Organelle’s system menu (close to shutdown)? If not, you should hit Reload. A patch will only look for a MIDI device before it loads.

Yes, I did see the EMU show up in the MIDI section, but maybe I’ll try hitting Reload and see if that does anything… will give that a shot later! I appreciate the response!

Also, the EMU 1x1’s IN/OUT labels are a little confusing.
To control the Organelle externally, connect the plug labeled ‘In’ to your external synth’s ‘Out.’

Ah, that’s probably it! I was using the Out for Out, and In for In. I’ll bet that’s it! Thank you!

I just bought one of these cheap ones, since the EMU one was bit hard to find. Amazon wouldn’t ship to Denmark: 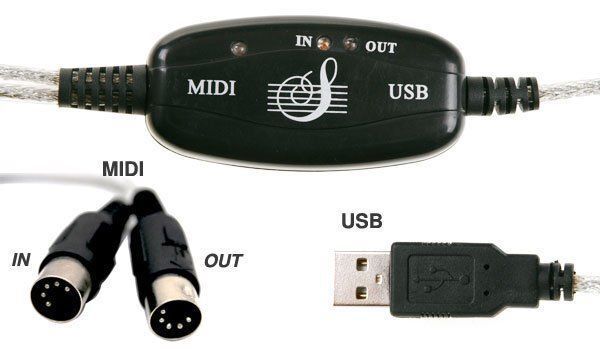 Find many great new & used options and get the best deals for YPU115 Midi-zu-USB-Konverter-Schnittstelle at the best online prices at eBay! Free shipping for many products!

I bought the EMU one mentioned above - it works great

Worth noting that USB hubs seem a bit random though - I’m currently using an Anker one which is fine but I got a little unbranded one (because it was small) and it was really flakey.