Will I be able to connect other usb devices like an Op-1 or CME xkey into organelle.

If you were to plug say an Op-1 synth usb into the organelle: could I transfer the sound files from one to the other or sync clocks together?

The Organelle has USB host ports, so you can attach class compliant (plug-n-play) USB MIDI devices. We haven’t tried the CME xkey, but it should work fine.

For the OP-1, I’m not familiar with the USB setup. It has a USB slave connector right? does it do MIDI over USB? it should work with the Organelle if it does.

It helps to think of the Organelle as a computer; a device with 2 USB host ports. So any class compliant USB controller you use with your computer should also work with the Organelle.

Would the Op-1 be able to send clock to the Organelle and have master clock control over it? Or vise versa.

The op1 has a mini usb out like an android phone I guess. It’s used to charge it, swap samples/audio files and to send midi as a basic controller… With a kenton usb-midi box or OPlab it allows it to also send/recieve clock to other devices

Do you select weather Op-1 is sending or receiving clock (whether it is the clock master or not)?

It is class compliant, and it will work.

Can I use an Organelle as a USB MIDI to DIN MIDI adapter?

Here’s what I have in mind:

ahhhh, you guys must be drowning in requests and questions and everything – sorry to add to the load. but congratulations on a new product!

for the midi over usb, is it possible to hook the organelle up to a computer running ableton (for example) and send midi data generated with a max for live patch (for example) to organelle? if not, is there any way a firmware update could change that? this was the imagined functionality I’ve been unfairly most excited about, but it seems maybe outside of the purpose of this device.

The Organelle is only configured to host a single USB MIDI device out of the box, so this isn’t officially supported. It might be made to work (we have used 2 interfaces before) but you would need some knowledge of PureData to change the config.

Yes, we have hooked it up to a computer running Ableton. It requires 2 MIDI interfaces, one for the computer and one for the Organelle. We wired two USB MIDI cables together to achieve this.

I’m reading the chapter in the manual about preparing Pd patches for the Organelle. I’m excited about how easy it’s been to grasp various concepts so far.

I understand the concept of the reserved remote functionality to enable the ‘mapping’ of Organelle physical controls to a Pd patch. What about mapping thenphysical controls of an attached USB MIDI conteoller to various Pd patch parameters. For example, if I jave a patch that allows different samples to be assigned to their own Organelle keys for triggering, how would I go about assigning faders on a MIDI controller to change the volume of each sample?

Another question: if you create a Pd patch that links patch parameters to a USB joystick via a Human Jnput Device object in the patch, could you then connect the USB joystick to the Organelle, load the patch, and use the joystick to control the patch?

I’ve been meaning to investigate the HID object in more detail. My first experience was a little inconclusive, it appeared the HID input would only work when the Organelle was in GUI mode for editing patches but not in normal operation…

Re: external MIDI mapping This would be accomplished with the regular Pd MIDI objects, such as “ctlin”. This object will spit out CC number, value and channel for incoming MIDI CC messages. You can also pass ctlin a CC number and channel, and then it would just spit out the CC value for that controller. Then you can map that value to whatever you please in the patch.

That feedback is encouraging, Oweno!

So, let’s say that I have a MIDI controller attached to the Organelle. The controller has 8 sliders, with MIDI CC #'s 70-77 assigned to the sliders.

I creste a patch with 8 Pd ‘ctlin’ objects and specify CC #'s 70-77 to these objects. I then map the ctlin objects to various patch parameters. Would I then be able to load the patch in the Organelle and have the MIDI controller sliders immediately control the mapped parameters in the Pd patch?

Yes, that is the idea… The built in MIDI objects make it pretty easy to get the data in. The hard (or fun) part is deciding what the controls will do to make the sound!

That opens a whole range of possibilities!

So does that mean that ctlin object assignments are independent of the remote objects that link the Organelle’s assignable physical controls to a patch?

Yes that is right. A few CCs are mapped to the Organelle’s knobs (21, 22, 23, 24) so that the Organelle can be automated over MIDI, but this can be disabled so that MIDI is completely decoupled from your patch. The manual has more info on the default MIDI mapping.

I’ve been meaning to investigate the HID object in more detail. My first experience was a little inconclusive, it appeared the HID input would only work when the Organelle was in GUI mode for editing patches but not in normal operation…

I wonder if this is a side effect of running -nogui? Should be easy to test if this is the case and perhaps an easy fix in Pure Data source code.

Hey!
I was wondering if you knew whether the organelle would slave to a MPC 1000 via something like this
http://www.creative.com/emu/products/product.aspx?pid=19089
or 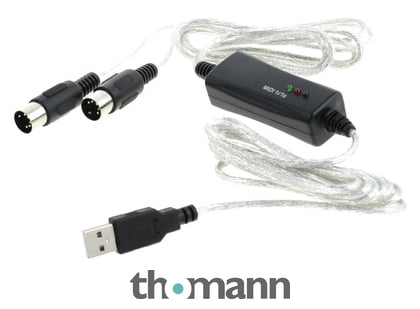 Hey, yeah we use the first (E-MU) one all the time. It is the one I would recommend. There are a bunch of cheaper ones like the second one available, but haven’t tried those.