a friend of mine raves about his Count to 5 stomp box, so i checked it out and was like [trumpet fanfare] this is a job for organelle nerd! 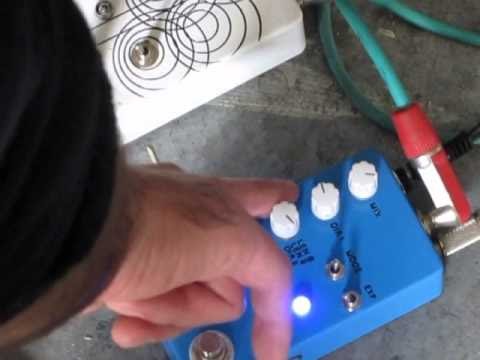 Count to five is a unique delay/sampler that offers many sonic possibilities. These are best shown by demonstration in the videos above be...

Take a look here if you have any interest in hoping in and bug testing the C25 organelle version.
I have the input granulation, the original array/tablplay~ [i am instantly copying the array 3 times]
once for regular playback
once for reverse
once for granulation effects
Working but i am going to need some input and patient people to bug test [++ points to someone who owns a C25!]

anyway happy days to all

found code for the reverse playing on any array. going to work on the
Original Granulation with expanding sample buffers [8seconds ++] so if it crashes we’ll reduce the size but why not try to have a flexible buffer play.

Damn, I wish I had seen this just a couple of weeks ago, I could have saved a lot of money!

I have a CT5 coming in this week, I can try to test some stuff if you need. I’ll probably need some time to get acquainted with it first, I heard the learning curve is quite steep.

I’ve got a Ct5.
Hit me with your beta and let me know what to test.

Really interested in this, hit me up if you need some more bug testing

Swifty if you make this happen I am in debt to you my friend. Ive been eyeing a ct5 but have no funds. My buddy has got one if you need testing. Hes out of town currently ill message him to see when hes back. But yea shoot me the link in the meantime and ill bug test.

Thanks for the responses awesome. I will send the people who are interested a link when it’s operational. Should be a little later today as the main granulator was already tested on the Organelle. I have as earlier stated the reverse play code and the slicing code and I just found some fun code that creates a flexible buffer which might be a huge advaantage. My only worry is the 8 + seconds at 44.1khz

Also keen to take part in any beta testing you may require!

That pedal lsounds awesome. I’ve always wanted to try it and would love to try it on the organelle. Good Luck!

okay the DSP part is all working.

what i got done so far

MODE1
There is of course the incoming live audio and mode one. there is NO limit to recording on the “realtime buffer”

Because we are using organelle there is no extra operations needed to go into “transcendence mode” because it’s kind of always in transcendence mode which is cool. i thought when i added the three extra buffers i was going to crash but Organelle did fine.

I need to make the menu. BETA people, we are going to have a tiny version1 menu system to see if the thing crashes and so people can give constructive feedback on how the thing works.

@shreeswifty I have a CT5 and I like it lot and I’m very much interested in testing the Organelle version.

traded my ct5 for organelle because i figured this was possible

had been too lazy to build myself and am happy to help beta test!

i am making this BETA with the old menu. i have been coding this thing all night
i am a buffer zombie

Dude you are an Organelle patch legend, very excited to try this out!

ok.
here it is.
BETA Testers please check out

oh and i think i did midi BpM correct this time

i just released it so others can tweak it…

that was quick!
at the moment my footswitch also advances page, still noodling but this seems rad!