I want to slave the Organelle M to the keystep via MIDI TRS IN?

The Keystep has TRS-MIDI Type B ports. (Sorry - was incorrectly referring to the Beatstep)

Your cable may be ‘working’ but the connections are different across devices as Organelle M is Type A (the standard).

Please see the chart below from Midi.org which breaks down some manufacturers by TRS MIDI type: 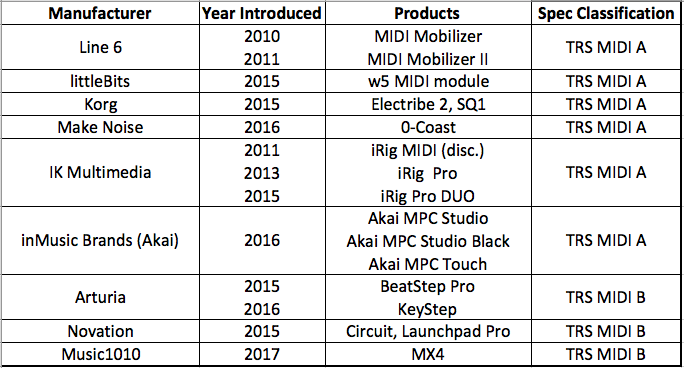 Type A is not the standard at all. The most recent and most widespread products worldwide are using type B standard.

The MIDI Manufacturers Association adopted Type A as the standard.
Here’s an article about it: https://cdm.link/2018/08/midi-minijack-trs/
The link to spec is here, but you have to be a MMA member to view PDF: https://www.midi.org/articles-old/trs-specification-adopted-and-released

Yeah I get your point and it sounds like a rational approach, but I think that the real-life situation speaks for itself. All the people complaining on your boards aren’t stupid or anti-conformist punks. They are consumers like you and me and it happens that, at the end of the day, the market is what defines standards (see Betamax vs VHS). And it appears that Type B are all over the place while type A are nowhere to be seen (except on Amazon or your shop lol).
You can’t deny this, save 5$ by not providing a key element of your product (see the other thread to understand why I say that) and hide behind a specification that has been declared way way way too late (for example MIDI specs where created and provided with the release of the first MIDI compatible hardware, not 8 years after) is not your most awesome move.

It is also interesting to note that this comes so late and in favor of the type A rather than type B while the AMEI is actually leaded by Japanese manufacturers (hello AKAI only using type A, main competitor of Novation and Arturia) and the MMA is mainly led by Yamaha (Japan), Mk2 (former Roland executive - Japan) and a few outsiders. I have nothing against Japan of course, I’m talking about manufacturers serving their own interests rather than bending to the reality of the market. 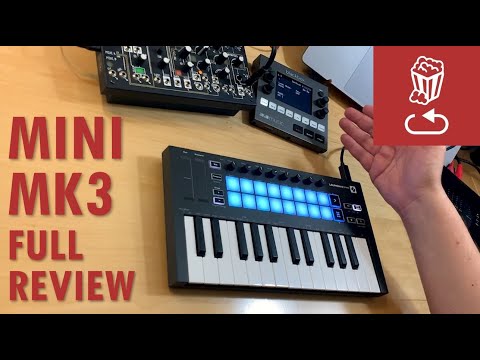 here a rational explanation about TRS A and B.
@Aken , take the time to watch it (and relax a bit).

great to see Novation have switched to TRS A (and so quickly!) , a good omen for others to move too.

Yeah I saw it already, I actually think he may have spent a bit of time on this after reading our discussion since Ziv is a reader of Organelle’s forums

I think it is a great thing that Novation is following the standard. One day you will enter a music shop, ask for a TRS MIDI and they will give you the right cable. Everyone will have 1-2 of these at home like MIDI and audio cables. It is not yet the case and the Organelle should be delivered with at least one breakout TRS MIDI cable, which is my whole point.

As is stated in the video - TRS-A uses the same wiring as a standard stereo audio cable like you’d use to connect your phone to a portable speaker - which most people with electronic audio equipment already have in abundance. They will do just fine in abscence of a TRS-A cable. You probably already had the appropriate cables in your collection when you wrote your original complaint - they just didn’t work with type-B equipment.

Or you may need to understand the original complaint first

In your original complaint, you were furious that a commonplace cable -which wouldn’t help you at all with your problem- was not included in the box with your organelle. And that’s still what you’re complaining about, even now it’s clear that it wouldn’t help. Yep. I don’t understand.

Edit: My mistake, I thought we were having a conversation.