Modules for the Orac

What are the chances someone could port the monome apps into Orac modules?

ok run into an interesting issue

or do I just need to add sound generation to my patch and be done with it?

interesting… I may have to hold off purchase of my second launchpad!

This still seems like it will be an issue as you will kind of have to sacrifice any kind of midi mapping to be able to fully control the APC.

This is probably why the monome uses serial and OSC (right?)

ah - thank you - well that certainly works on my desktop version.

this is already covered in my how to thread

you have a choices
a) map multiple controllers onto channels 1-16, then in orac you can select midi channel in chain
(i.e. just use different midi channels for each controller)
b) use -mididev in pd-opts.txt to attach multiple channels grouped, 1-16,17-32,33-48 etc.
then use midi channels in chain

if your controller is not able to select midi channel to send on (then after complaining to the manufacturer it should do), use option b, which will put midi channel 1 , 17 etc.

if you do use over channel 16, you will find orac limits selection in the router module

but have no fear, I rarely hard code anything…
go to the router module, open module.json, and there you see midi channel, change range to your new range
e.g. 0-128

I’ve been working on a few modules, just finished one based on samplenest.
Its called sampletwig. It can only hold one sample, but it can be triggered and pitched with midi (using multiple instances should also let you layer samples).
I’ve been getting a lot of cool results sequencing it with arpeggiators, polybeats etc.
Also has two new random loop modes and adds pitch modulation.

you can grab it here: 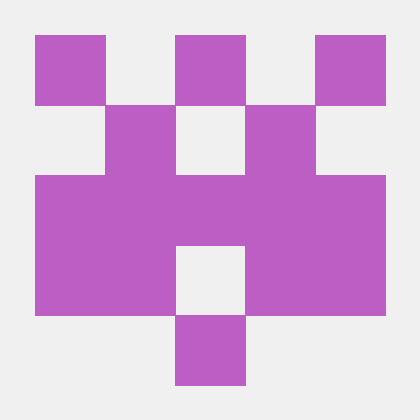 
Readme with more explanation of the parameters is here;

Currently selecting samples is a bit tricky if you have a lot (ORAC native sample support would be very useful here!).
Any feedback / bug reports appreciated!

wowza. can’t wait to try.
edit: i have now, and its amazing.
I spy a few other new one nes in your repository too, they all ready for release?

i don’t quite know what mode 4 is doing, but it sounds amazing.

one possible improvement could be if the envelope had finer adjustment possibility. the samples seem to ‘pop’ a bit (i wonder why), but an envelope setting of 0.1 stops it. i wonder if envelope 0.05 or 0.04 …etc. would work just to stop that tiny click or pop.

I think the envelope knob should actually allow finer adjustments, but the display truncates the number to one decimal place.
Its a bit confusing, I should probably make the range 0-100 instead.

Wannop: Most of the other modules in the repository are unfinished, some are just placeholders for ideas

I have one or two more that are pretty close so hopefully I’ll post them this weekend.
I also posted a MuChord module in the module development thread a while back.

edit: Also to explain mode 4 a bit, its is ‘random ping pong’ mode. Its like the normal ping pong loop mode (the sample plays forward then in reverse) but instead of always changing directions at the end of the sample, the direction reverses at a different random point in the sample each time.
edit 2: Just realized random ping pong is actually mode 5. Mode 4 is ‘random cut’, basically this just choose a random section of buffer to play each time, kinda like granular playback. Next release I want to add more control so you can control the size of each section more.

Figured I’d get some versions out now so I can fix any issues before I update for 1.1.
All packages are available here:


The new modules are:
U-audio2midi
monophonic audio to note converter. Fairly glitchy but can have interesting results!

S-polyfolder
polyphonic synth based on polyfolder, now also has LFOs for pitch and folding depth.

Just put up a couple modules people can try out here:


Warpdelay is a pitch/direction shifting delay, Notegen is a probabilistic midi note generator, and Clockswing is a version of U-clock with swing and humanization controls.

These are all fantastic @WyrdAl, thanks so much for sharing man.

The humanized ‘clockswing’ module is fantastic. Can I feature request?

Going to work on another conversion of my own this week, we’ll see if it works. Sampler Style REC.

amazing stuff! these are fantastic!

Yep suggestions are welcome! I can give that a try next update.

@wo3 - really loving both DUST and TITAN modules here, ty so much for making these! Something I noticed:

After making a new preset, switching back to “Default” preset, and then coming back to the saved one, DUST seems to disappear from the m2 slot and the module no longer passes audio.

Not sure if this is to do with the DUST module, or orac itself. Repeating the same process with a couple other modules did not yield the same result. On the other hand it IS similar to something I encountered previously, (already reported in ORAC bugs) with a completely different set of modules. In any case I wanted to note the issue before I forget exactly what I was doing when it happened (and really, mostly so I can have a record of it to be able to retest with 1.1 beta.

Anyway I am guessing not much will happen with updating modules until the orac update but just in case this is helpful to someone at any point, it’s documented now

We converted C&G Additive Synth to the Orac. Added ADSR page, and added dynamic cpu control so it behaves better in the orac environment. still very cpu heavy so it will definitely lag if you run it with other expensive synths and samplers. But effects and sequencers seem fine. We even tested two running together and it was working well.

reminder, this is the organelle specific zip called a .zop, to minimize issues. put this (or upload this) in the patches folder. than scroll to it on the organelle and install!*

Another C+G conversion from us

. This one is of Rhythm Delay+Distort. The Polybeats function is gone and any incoming notes trigger the delays and distortions. Notes are modulated into the 1-24 range and trigger the 12 delays and 12 distorts. 1-12 are delay bursts ranging in length(1 is the shortest, 12 longest), 13-24 are distortion bursts with various intensities.

So the Idea is that you can send any kind of sequencer to this module and then a sound form a parallel sequence. Or in serial it behaves as an effect triggered by the incoming note based sounds.