Clouds! I could only get lofi signal as it is now but getting some wonderful soundscapes with reverb and knob twiddling!

as it has more memory/cpu

Yeah, that is what I am pleased about here too.

Braids can be one module with switchable oscillators

Yay, look forward to this

Look forward to try clouds too

https://mutable-instruments.net/modules/clouds/manual/
Reading this and looking forward to trying some stuff later!

(im also going to do grids , and possibly streams… once Ive got the above into at least a beta phase)

Thanks for these patches; I hope to have some free time to play with them soon.

Before you get too far ahead on Grids, you should note that I’ve already made a PD external with the Grids code: Mutable Instruments Grids on Organelle 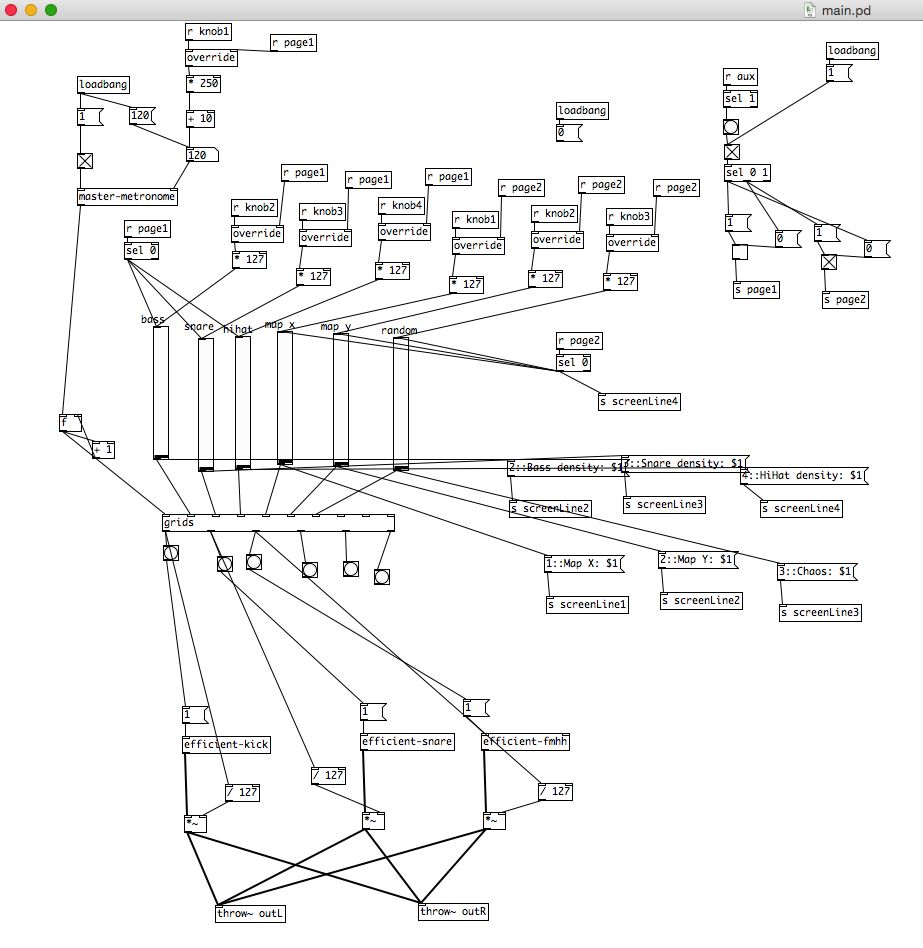 Greetings, One of my objectives when I got my Organelle was to fight off the urge to get into the money-sucking blackhole of Euroracks. One… 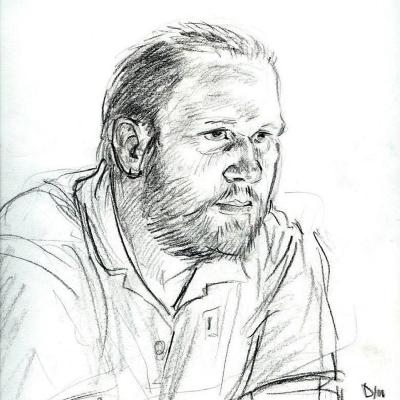 Mutable instruments Grids as a Pure Data external. Contribute to spoitras/Pd-Grids development by creating an account on GitHub.

Before you get too far ahead on Grids, you should note that I’ve already made a PD external with the Grids code

ah, cool, Id seen this, but didn’t realise it was a port of the MI code.
I look forward to having a play with this

Ive release (to patchstorage) an early version of a brds (braids) based synth.

Ive still yet to enable a few features of braids, and the patch is basically the test patch Ive been using,
but I thought others might enjoy to play with it, so released it.

Id advise against, others issuing patches with the brds~ at this time, as its subject to change, and additions… similarly if I find bugs, Id like a chance to fix them before others start releasing in their patches.
so the best way to advance this external is to play with it, and let me know if you find any issues with it, rather than build alternatives.

known issues/limitations:
percussion model is currently not enabled
modulation/envelope is not enabled
triple shapes have been substituted due to a rendering issue.

the first 2 issues, mean some shapes dont make a lot of sense currently, as they are intended non-pitched/atonal and are designed to be used with the internal envelope/modulation etc… so if shapes that dont appear to be pitched are not ‘bugs’ merely used for another purpose in the future

released 0.2 of clds, various bug fixes to do with mode, ui issues and other oddities.

(Ive also removed mono/lofi as these were causing issues … previous release, actually had these fixed to stereo/hi quality anyway…, so you wont miss them

small update to brds (0.2) , to fix reverb cutoff not working
EDIT: another update to 0.3, to improve tuning reference (was about 1.5 semis out before)

Previous release of clds was fixed to lofi for me. Looking forward to trying this version!

Previous release of clds was fixed to lofi for me

No, that was a UI glitch and bug - it was Hi Fi

LoFi has an issue related to the downsampling, I think due to the MI modules running natively at a higher sample rate.

Strange, the ‘cloud’ certainly sounded lofi to me, like some heavy distortion or down sampling was occurring.

Strange, the ‘cloud’ certainly sounded lofi to me, like some heavy distortion or down sampling was occurring.

with lofi=false, no downsampling is happening.
perhaps running the signal in too hot? by default i think there is quite a bit of gain, especially in the reverb.

there could be other factors in play, checking the code again, I can see the MI clouds code is actually expected to run at 32k and 16bit input (its braids that natively runs higher, 96k) . so perhaps thats having an effect… though I thought it was only the filters tables that are used for downsampling that are SR dependent… which are only used in lofi, hence why its acting up.

its these kind of things that are going to mean these externals never sound exactly like the MI eurorack module, but having use them quite a bit in axoloti, i still find them very useable.

I turned the incoming signal down to where it was below 1/4 of the threshold bar on organelles display, but still got significant fuzziness and distortion even when mix was down to 0% or bypass was enabled and reverb off. Is there any kind of workaround? I may be getting different results to you for some reason, might send a video or something by PM.

BTW brds is absolutely phenomenal! It basically makes every sound! Created such relaxing ambient washes of chords with it tonight, made my day

Odd, I thought, the signal was clean when bypass was enabled - I’ll give it another go, perhaps I need to test with a cleaner sound source, and perhaps look at it in a scope.
I’ll also compare it to what I’m getting with Axoloti.

One small issue, as I don’t have a ‘real clouds’ , I don’t have any benchmark for the wet signal - but I assume bypass is fully clean, so perhaps if we get that then wet will improve too.

EDIT: I think I’ve an idea where the issue might lie.
first its important to know, clouds is limited to 16bit resolution, so you will always get some bit reduction. (from 32->16)
however, I think during this reduction, I’ve allowed for too much headroom, at the expense of resolution.
this afternoon, I’m going to try reducing this significantly. this should improve the sound considerably, but will mean that controlling the input gain will be even more important… I’ll probably add a input gain control, to the patch to help this.

(interestingly, its similar in Axoloti, and no one has mentioned it… so if this helps I can improve in in Axoloti too

EDIT: ok, tested… doesnt appear to be distortion (at least not with bypass/mix=0)
but Ive (finally) now found a bigger issue, which was causing big issues (due to organelle audio buffers being much larger than MI/axoloti), so Im testing that… the next release of clds will be much better

ok, Clds 0.3 is released… this fixes a major bug, its now a completely different animal, much improved

if you tried before, and didnt like it, try again … you may be surprised

Absolutely epic! Lush sounds now! Love the key mappings too. So - key60 is freeze, key61 is trig (think it’s sending bangs on press and unpress at the moment) and the rest are chromatically pitched around middle C.
What does TRIG do and how is it used? On the original, it’s a patch input right? Does it respond to MIDI data or something?

Ive just released 0.4, and this now contains 2 new modes (in addition to Grain and Loop)…

double the modes = double the

(Ive also un-quantised the pitch knob, so more accurate tuning is possible, and also increased the buffer size a bit)

trigger - varies depending on mode… anything from reseting phase, to launching new grains.

I might still change this, as i need to think about how best to work with organelle, really there are 2 parameters merged here, gate and trig… perhaps these make sense to use with the ‘keyboard’ perhaps not…
of course with a modular, you can do whichever you choose… but here i have to tie it down to a particular use case,
and that might be different depending on mode…
for now, its quite nice separate… but I’ll see the more i play with different modes, perhaps I’ll hone in on whats best for the clds patch. (the clds~ pd external will allow you to do anything you choose)

Have these MI patches been tested with the desktop mother? Lacking an Organelle I am left to test all of these things on the laptop. Thanks!