I’ve got my Organelle connected to my Digitakt via USB right now, and I’m not sure why but the Organelle keeps triggering the kick. MIDI Out is Disabled and even so, the MIDI channel shouldn’t register.

Does anyone know what may be causing this and/or how to stop it?

What patch are you running?

I’ve run several patches. Cassette 808 Polybeat, Linn Drum, Arp II, Arp III. I should’ve mentioned this in the first post but it isn’t really triggering the kick, but it is lighting up on the Digitakt and the actual kick loaded on the Digitakt (button 1) isn’t sounding. The drum patches that I’ve loaded onto the Organelle seem to just give me this fixed sound that is hard to describe but none of the drum sounds on the patch work. On the synth patches I’ve loaded only the left most keyboard key, next to the aux key, will trigger that weird sound. The other keys seem to at least produce audio.

The drum patches that I’ve loaded onto the Organelle seem to just give me this fixed sound that is hard to describe but none of the drum sounds on the patch work. On the synth patches I’ve loaded only the left most keyboard key, next to the aux key, will trigger that weird sound. The other keys seem to at least produce audio.

My chain is currently:

Digitakt USB out to Organelle

They’re only connected via USB. I have MIDI Out disabled on the Organelle so that’s why I’m wondering why it’s interfering with the DT.

oh right, using USB… hmm, is there any MIDI monitor on the Digitakt or anything like that? so we could see what it is actually receiving… I was asking about the patch since patches can do their own thing for MIDI, but if the same thing is happening on multiple patches it could be something else

Is it not quite likely the octatrack is sending this message to the digitakt? I have an Octatrack and you definitely need to delve into the midi settings on Elektron devices, the selections for what is and isn’t received by their devices are quite particular. You may have already ruled this out, just a suggestion though.

Is the behaviour the same with recent stock Critter and Guitari patches?

IAfter a quick look around, seems to be that the Digitakt is a USB midi slave only, so you can’t use it to send usb midi to the organelle. I would disconnect them and try to use a 5-pin midi to usb adapter between the digitakt 5-pin midi out and the organelle.

Might be worth posting to the elektron forums and seeing what the state of play is now, no idea if it has been implemented since. Best of luck anyway!

I see - would this cable work? 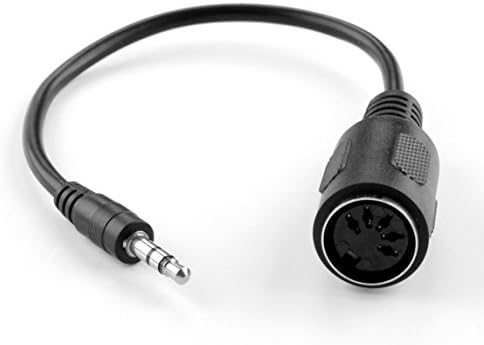 Not sure if there’s a way to tell if it’s MIDI TRS A or B but I know that the Organelle M has issues receiving MIDI from whatever Arturia uses.

So Organelle M uses type A trs midi, which is the same as the amazin item you linked, if you can get your hands on a type A adapter like that it should do the trick, but personally i have a hunch usb to 5 pin midi is likely to be the more stable option at this point.

I have one of these: 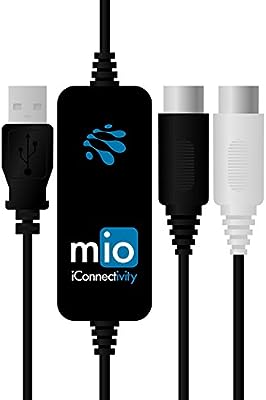 Amazon.com: iConnectivity mio 1-in 1-out USB to MIDI Interface for Mac and PC:...

Would this serve as USB to MIDI?

That should do perfectly. Connect the digitakts midi out port to the 5-pin and the usb to the organelle.