Organelle Midi Out to Control Modular/CV

organelle midi out? any experience using it with cvpal? sending gates to modular…

I thought about getting some Eurorack stuff a few times and looked for midi to cv. This one is really cheap and gives you 12 sequences and 4 cv parameters for 100$. Note, I dont have one myself, but I do have another product from that guy, and that works perfectly. 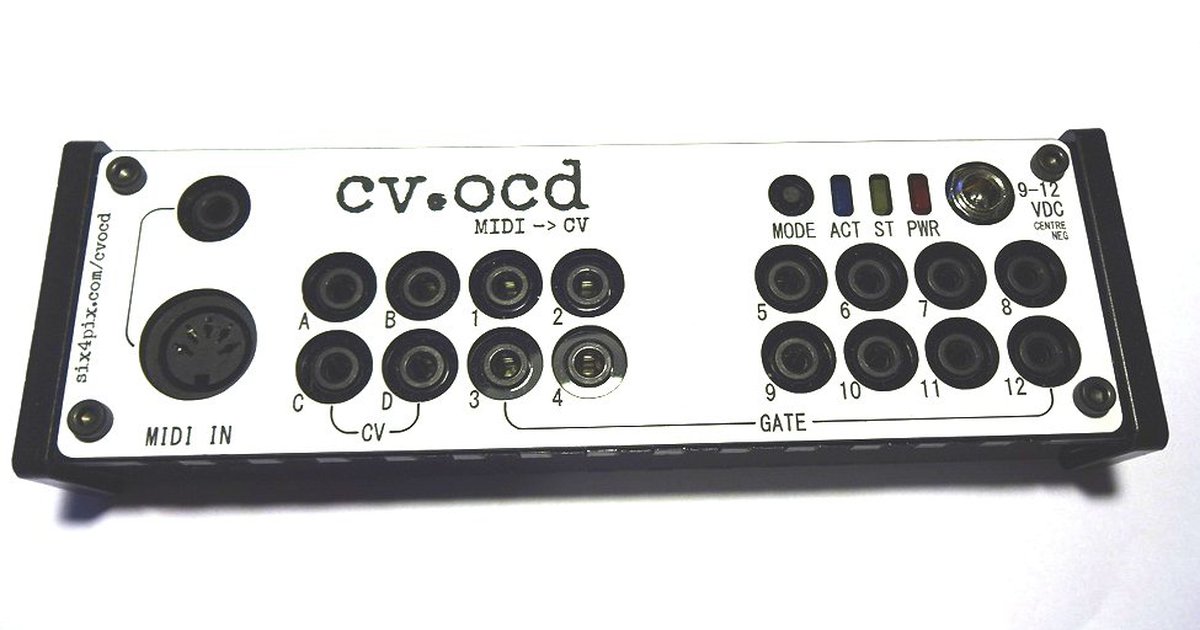 Thanks. My q is whether organelle sends midi out via USb. Ive got Mutable Cvpal.

As far as I know, Organelle does not send MIDI out of its USB port. @oweno ?

yes it does. I can send notes to the Circuit by playing buttons. as long as there is a noteout in the patch it should not be a problem

I am very happy to be mistaken

Thanks, has anybody tested it with computer via the usb port? Or it needs a special interface?

The Organelle and your computer are both USB hosts. You can’t connect two hosts together directly. So you will need two USB-MIDI devices (one for your computer and one for the Organelle). Be sure to use a name brand device like the E‑MU Xmidi 1x1 as there are some very shoddy no-name devices out there.
Reminder: the Organelle only works with USB-MIDI class-compliant devices.

Two of those interfaces is the answer then…Thanks…

I have an iCM4+ connected to a MacBook and iPad and the Organelle into a USB to MIDI DIN converter connected via MIDI DIN. This works well. No issues seen. But you cannot connect Organelle as a “computer” to the iCM4+ and see it normally.

The Organelle works with the iCM4+ without any issues. Even powers it. I’ve used it many times. I was wondering if connecting an Organelle AND a computer would be possible. I can try it next week and report here.

You are plugging it into one of the Host ports? Are you able to get MIDI from all channels to the Organelle? I tried and didn’t get anything. Did you edit the MIDI config file on the Organelle to do this? Or is it only since the OS update?

It was before the OS update. I don’t remember doing anything special on the iCM4 or the Organelle. It just works. My iCM4 was set to send everything from the iPad and the Computer out from the two 5-DIN outputs.

I will resume using it with the Organelle next week. I’ll report back if anything changed after the OS update, but I don’t see why it should.