What type of footswitch?

Hey All,
I need some info on the type of footswitch that works with the Organelle. My guess is that it’s a momentary switch which triggers on/off or start/stop actions. Is this correct or should it be a continous switch? The manual says the Organelle is designed to work with sustain/damper pedals and also mentions the on/off thing. A friend has parts laying around and offered me to build a switch and he wants to know which way to go. He pointed out that I have to ask how the switch is supposed to work: pushed once to start then push again to stop, or push and hold to start and push again to stop? So here’s me asking
Your support and the simple schematics of the correct switch, if any, will be much appreciated.
Cheers,
Gabor 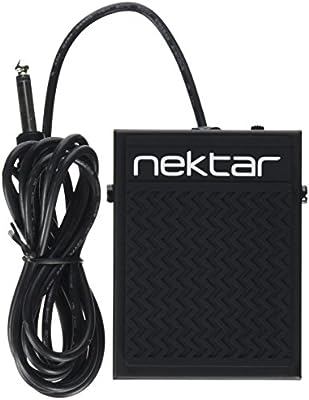 Thanks for the hint !

The Boolean on/off ones I found were about 6-14$ And worked perfectly. I also just got a fancy mission engineering expression pedal I want to do something with eventually with

Here’s a happy ending: I originally commissioned my friend to build a simple footswitch for the Organelle but he went much-much further: he gave me The Big Red Button! First I was afraid, I was petrified… then I did stom on it and the world is still in existence + now I can do footwork on the Organelle.

wow! i want one now, that is amazing.

That is really cool. love that brushed steel! Press IT!

I don’t think my buddy would build more switches like this. He had some parts laying around and the liitle aluminium enclosure came as a surprise even to him as he has no idea when or where from he got that…and his original idea for the enclosure was to use a can or any metal box-like thing he can get…so I guess I’m lucky with this lil box.

Anyway, I’ll ask him what he thinks of starting up a footswitch-shop.

I’m sorry, but whenever I see a Big Red Button I immediately think:

hi @bobbcorr
so glad you stopped in!

Well, I kinda look the same when I play the Organelle and hit that Big Red Button.

Hey, I’m in love with that red button! What do trigger with it? I’d like to trigger sounds with my foot rather than the hand&buttons, so basically using it as a kick drum. I wasn’t able to find out yet how I can assign a sound to the foot switch. Do you know perhaps? Unfortunately I don’t know my way around PD yet…

Well, I’m as clueless about PD and coding in general as one can be. What the footswitch can trigger depends on the patch. I use the big red button with sequencer and sampler patches to start/stop sequences, recording, etc., but these are made to work with a footswitch. I can’t tell if ‘no fsw patches’ can be altered to support a footswitch but this forum packs quite a few awesome coders, maybe if they read this they can give you some advice or build the patches you need.

If you create an object [r fs], the outlet sends a message of 1 or 0 depending on whether the footswitch is pressed or not. What this message then does is up to the patch concerned but for example if you swap [r fs] in for [r aux] in a patch, the footswitch completely replaces the functionality of the aux button.

thank you ghostly606! What object would I have to make for the expression pedal to trigger my sound file 1.wav? My goal is to use the foot pedal as a trigger for sound-samples. So I was thinking to use the sample style patch from critter&guitary as a base. In my imagination I just have to replace the object that sais “if key one is played, 1.wav is played” with an object that sais "if the expression pedal sends 0, 1.wav is played). or is it much more complicated than that? I attached the samplervoice patch that I thought I could alter for you to see (in case you don’t have it which I doubt).
sampler-voice.pd (3.5 KB)